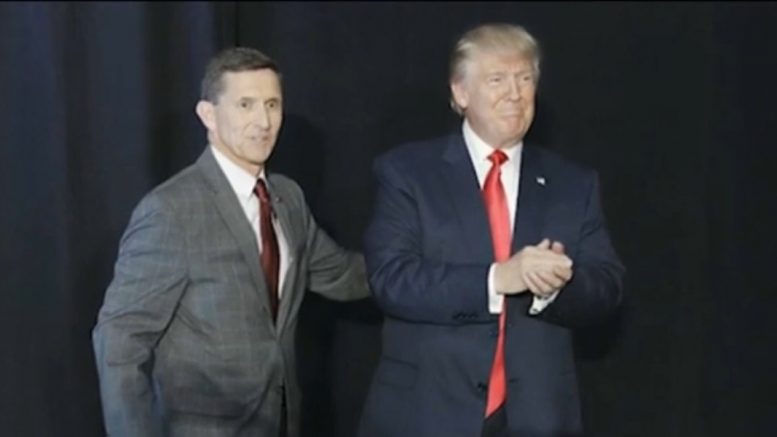 The Commander in Chief revealed the news on Twitter Wednesday, declaring, “It is my Great Honor to announce that General Michael T. Flynn has been granted a Full Pardon. Congratulations to @GenFlynn, and his wonderful family, I know you will now have a truly fantastic Thanksgiving!”

Attorney General William Barr, earlier this year, asked a federal court in Washington, D.C., to allow the Justice Department to drop the case. However, the matter has since been tied up in legal proceedings.

In May, Barr recommended that U.S. District Judge Emmet Sullivan reverse General Flynn’s conviction and drop the criminal charges after Powell had discovered several incidents of the FBI overstepping its authority in the Flynn matter and the larger Russia-Trump campaign collusion probe.

The recommendation came an hour after the lead prosecutor in the case withdrew. The federal prosecutor, Brandon Van Grack, was also a member of Special Counsel Robert Mueller’s team who led the prosecution of Flynn. Van Grack resigned from the Flynn case without explanation. Continued Below

General Michael Flynn tweeted on Wednesday, before the Commander in Chief’s announcement of the pardon, writing, “Jeremiah 1:19”.

Jeremiah 1:19: “They will fight against you but will not overcome you, for I am with you and will rescue you,” declares the Lord.

General Flynn tweeted a statement from the Flynn family after the president’s announcement:

On Thursday, General Michael Flynn issued a Thanksgiving Day response on Twitter, writing, “This ‘Pardon of Innocence’ is historic, sincerely appreciated & should never happen in our country again. I will issue a personal statement later today. My family issued one yesterday.”

“Thank you America. Happy Thanksgiving. 1 Chronicles 16:32–34,” he added and attached a statement from the White House regarding Flynn’s pardoning.

1 Chronicles 16:32-34: “32: Let the sea resound, and all that is in it; let the fields be jubilant, and everything in them! 33: Let the trees of the forest sing, let them sing for joy before the Lord, for he comes to judge the earth. 34: Give thanks to the Lord, for he is good; his love endures forever.”

Flynn then released his “personal statement to America”:

“By Almighty God’s grace and with the love and courage of my wife Lori, the strength and fortitude of our families, and the inspiration of our friends and every single patriot who circled me with their prayers, wisdom, and kindness, I say thank you from the bottom of my heart,” Flynn wrote in part.

For the first time in more than four years and because of my fearless attorney, Sidney Powell, the Guardian Angel of American Justice, and thousands of good people with endless energy rallying together on my behalf, I breathe freedom and liberty today,” he expressed.

(Related: General Michael Flynn Declares “I Am Not Done” In A Letter Sent To Journalist)