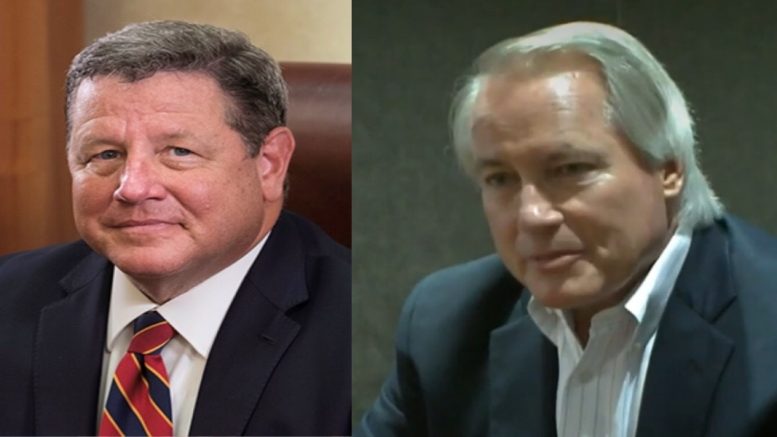 Attorney Lin Wood, on Sunday, announced that his team filed “an emergency motion for declaratory, emergency, and permanent injunction relief” seeking that “Governor Kemp, Secretary of State Brad Raffensperger and the Georgia State Board of Elections to de-certify the election results, along with ordering mail-in and absentee ballots properly verified with signatures.”

The lawsuit also seeks “an emergency declaratory judgement that voting machines be seized and impounded immediately for a forensic audit by plaintiff’s experts”.

“GA officials performing ‘software update’ on Fulton County voting machines at this very moment at World Congress Center. They are trying to erase the evidence by scrubbing the machines with litigation pending,” Lin Wood tweeted on Sunday.

“Emergency Order just entered by Judge Timothy C. Batten, Sr.: ‘Defendants are ordered to maintain the statue quo & are temporarily enjoined from wiping or resetting any voting machines in the State of Georgia until further order of the Court.’ Stop the steal NOW @BrianKempGA”, Lin Wood announced on Sunday after the judge responded.

Wood attached a screenshot of the order from Judge Timothy C. Batten, Sr. in which the judge said, “Plaintiffs contend that Union County officials have advised that they are going to wipe or reset the voting machines of all data and bring the county back to zero on Monday, November 30.”

“To the extent Plaintiffs seek a temporary restraining order to preserve the voting machines in the State of Georgia, and to prevent any wiping of data, their motion is granted,” he wrote.

“Defendants are ordered to maintain the status quo and are temporarily enjoined from wiping or resetting any voting machines in the State of Georgia until further order of the Court,” Batten ordered.

Lin Wood tweeted the news from the judge.

“Defendants cannot serve as a proxy for local election officials against whom the relief should be sought. … Therefore, to the extent Plaintiffs seek emergency relief to impound and preserve the voting machines, that request is denied,” Judge Batten said.

During his first interview since the 2020 election, the Commander in Chief told host Maria Bartiromo on Fox News’ “Sunday Morning Futures” that he is “ashamed” that he “endorsed” Governor Brian Kemp.

“I’m ashamed that I endorsed him.”pic.twitter.com/ZwkOQ7jGtK