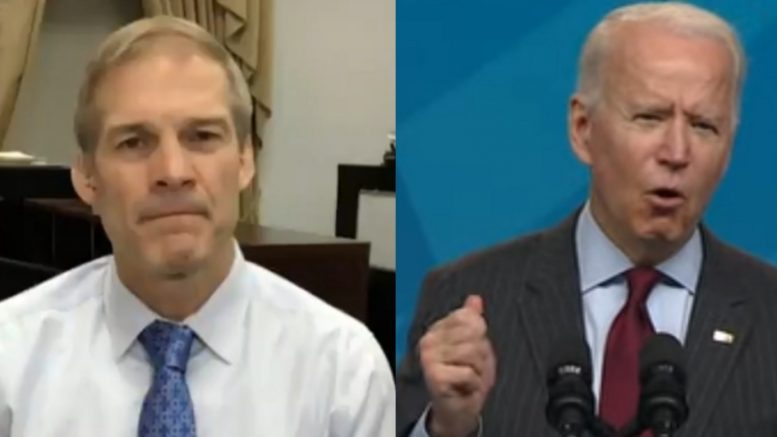 After just over a month of taking control of the White House, Joe Biden has been “anything but” the moderate Democrat that he portrayed himself as during the 2020 election, according Congressman Jim Jordan (R-OH).

And now Rep. Jordan thinks that many Americans who voted for a middle-of-the-road candidate are feeling a bit ripped off based on the Biden Administration’s actions in the first 34 days.

Related Article: Rep. Jordan: “It’s Tough To Unify When You’re Trying To Impeach A President Who Has Already Left”

“The actions they have taken, I mean think about it — open borders, closed schools, taxpayer financing of elections, on and on it goes, all of the executive orders, getting rid of the 1776 Commission — the things he has done in 33 days, 34 days they’ve been in power, it’s really frightening,” Rep. Jordan told Newsmax host Grant Stinchfield.

And so…I think the people of this country understand, wow, this is not what they told us a year ago when [Biden]…won the election in South Carolina and was on his way to the nomination, he was supposed to be this moderate Democrat. Well, he’s been anything but that,” he declared.