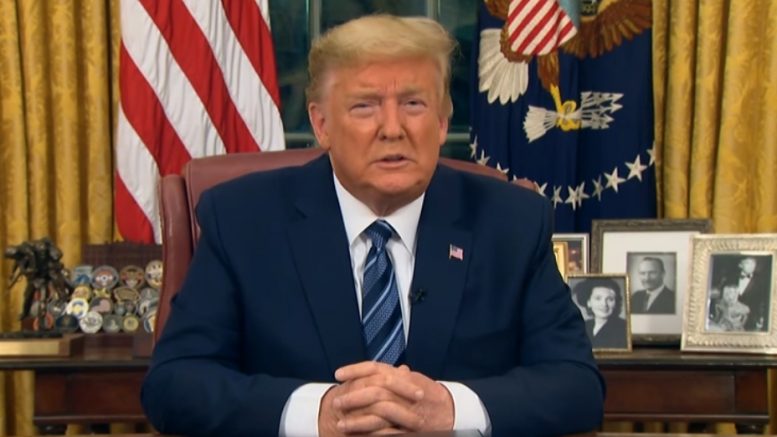 President Donald Trump appeared for his first interview since the election while joining Fox News host Maria Bartiromo on her Sunday program via telephone.

During the interview, President Trump stood firm on allegations that widespread voter fraud occurred during the election, which he believes was stolen from him in the hours and days after, as he was leading Joe Biden by significantly large numbers on election night.

Trump slammed the media and big tech companies for supressing allegations of voter fraud and suggested they are working hand-in-hand to bury the election-related “scandal” he believes to have taken place.

“We don’t have freedom of the press in this country. We have surpression by the press — they supress,” President Trump proclaimed. “You know you can’t have a scandal if nobody reports about it.”

He went on to declare: “This is the greatest fraud in the history of our country from an electoral standpoint.”

To back up his claim of election-related fraud, Trump mentioned the tremendous amount of “so-called dead people” who voted in the election, and he also cited hundreds of signed affidavits alleging fraud along with how poll watchers were not given meaningful access to observe the vote-tabulation process.

Trump then declared that there is “no way” Joe Biden got over 80,000,000 votes and shattered Obama’s record for most votes cast in a presidential election, especially because of how he performed overall in cities across the United States.

“This election was a fraud. It was a rigged election,” President Trump concluded.