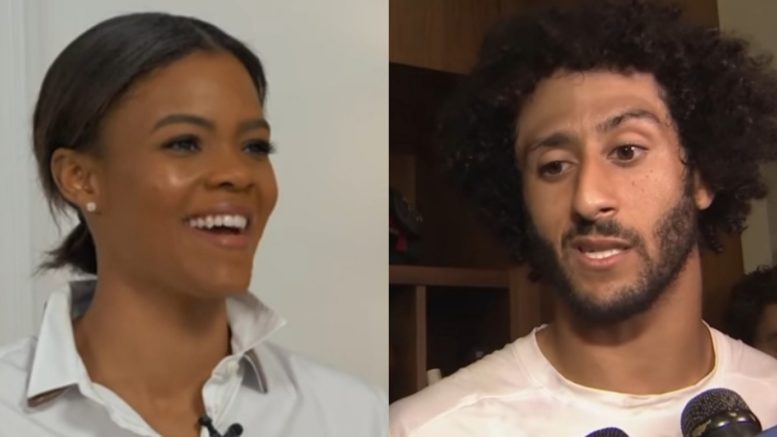 Kaepernick suggested America has always targeted minorities “both at home and abroad” and have  used “terrorist attacks” for the expansion of  “American imperialism” to police and plunder the “non white world.”

“There is nothing new about American terrorist attacks against Black and Brown people for the expansion of American imperialism,” Kaepernick tweeted.

In a seperate tweet, Kaepernick said, “America has always sanctioned and besieged Black and Brown bodies both at home and abroad. America militarism is the weapon wielded by American imperialism, to enforce its policing and plundering of the non white world.”

Upon seeing the tweets from Kaepernick, Candace Owens replied with a brief history lesson for the former NFL player. See Below

“Hey man. I know you’re in mourning but I thought you should know that Iran’s former name is ‘Persia’,” Owens replied.

“Remember that empire of ‘brown bodies’ that invaded, slaughtered, and imperialized for about 900 years? Ya. That was them,” she said

“Just saying, @Kaepernick7 I think when your history includes an empire that forcefully expanded from India to Europe for almost a thousand years, the ‘brown body’ victim card loses its effect,” Candace declared. See Below

Just saying, @Kaepernick7. I think when your history includes an empire that forcefully expanded from India to Europe for almost a thousand years, the “brown body” victim card loses its effect.

In ending, we leave you with Megyn Kelly’s response to Kaepernick’s co controversial statement.

Because everything is racist. Everything. Even fighting back against terrorists who kill Americans. Nike, feeling proud? https://t.co/sfc1Yz3phY