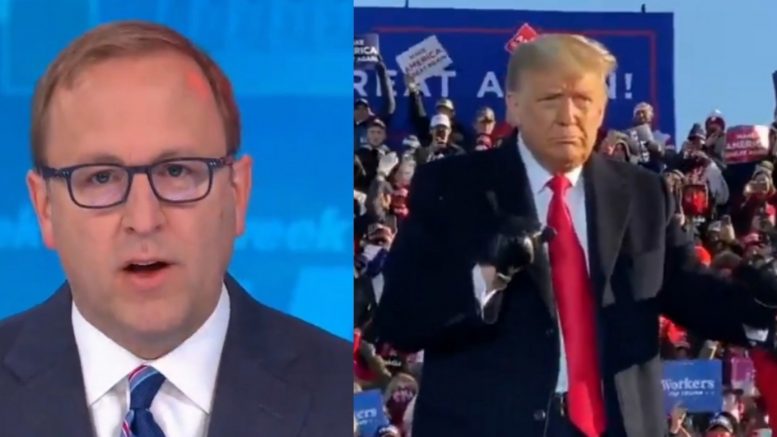 ABC’s Jonathan Karl made a rare positive observation about the way President Donald Trump is handling the final days leading up to Election Day.

Karl expressed fascination at Trump’s level of energy after battling the coronavirus in the hospital just weeks ago, and cited the amount of rallies that he has held since then as well as the multiple rallies that are scheduled in the 48 hours prior to Tuesday’s big contest.

Related Article: Rep. Jordan Breaks Down Why President Trump Is Going To ‘Win Big’: “It’s Gonna Be A No-Doubter”

“The President is in an all-out sprint to Election Day,” Karl said as he referred to rallies that are set to take place in multiple states on Sunday and Monday.

“The guy who was literally in the hospital with COVID-19 on oxygen — this is really something of a marvel,” he declared. “And there’s even talk that he may do one last rally on Election Day itself.”

“He pulled off a massive upset victory four years ago. He is doing everything that he csn physically do to do it again,” Karl concluded. Video Below

ABC News' Jonathan Karl highlights President @realDonaldTrump's rally schedule: "an all-out sprint to election day,” “a marvel,” “doing everything that he can physically do” to winhttps://t.co/MhXTBoHDfZ pic.twitter.com/y1g91PSERy