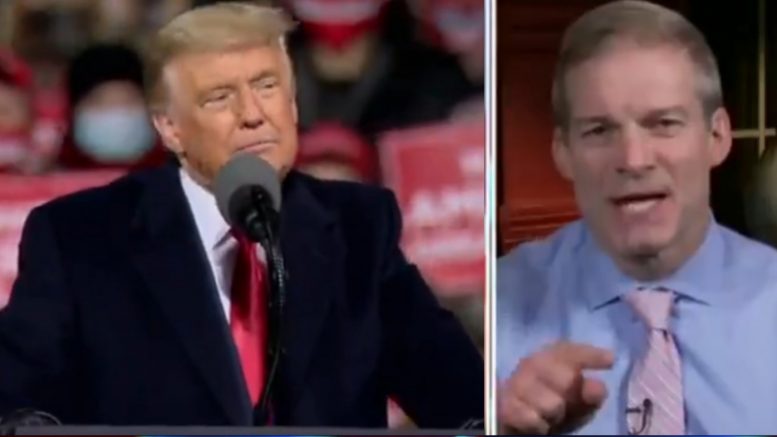 Congressman Jim Jordan is confident that President Donald Trump is going to “win big” come election day, and that the margin of victory will be “so strong” that it won’t require a dragged-out process as many experts are predicting.

Rep. Jordan gave a concise explanation for his thoughts while joining Judge Jeanine Pirro on her Saturday night program.

“I think the margin (of victory) is going to be so strong, it’s gonna be a no-doubter,” Rep. Jordan told Judge Jeanine.

“Now we got Governor Newsom saying you can’t even have Thanksgiving the way you want to have Thanksgiving,” Rep. Jordan added. “And we got Joe Biden talking about the Biden ‘dark winter’ and locking down our economy again.”

“Americans appreciate the freedom we enjoy as American citizens. That’s what’s gonna drive them to the polls and why the President’s gonna win big,” he concluded.

More on the State of the 2020 Presidential Race with @Jim_Jordan. Take a look. pic.twitter.com/y9g9Zr2FKH