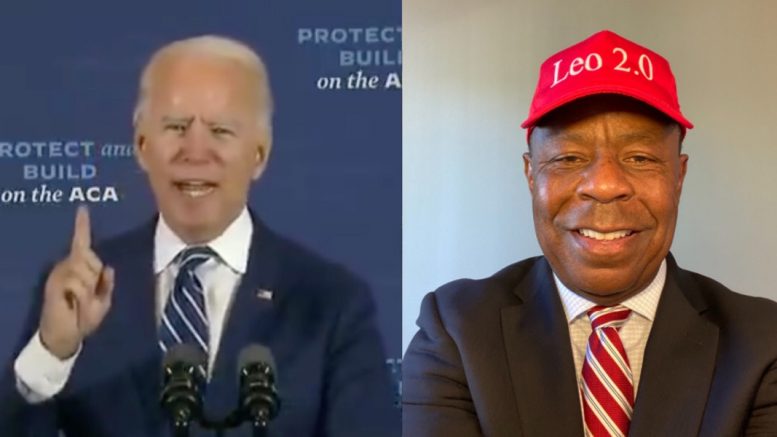 Democratic presidential nominee Joe Biden delivered remarks in Southfield, Michigan on Friday over health care. In his speech however, Biden cited the tragic August 2017 clash at Emancipation Park in Charlottesville between right- and left-wing demonstrators, claiming that President Trump said of the Charlottesville event, “There were very fine people on both sides”, leaving out the full quote and context of what Trump said, which has been widely debunked.

Joe Biden on Trump's Charlottesville response: "He said something no president has ever, ever, ever, ever heard: 'There were very fine people on both sides.'" pic.twitter.com/RpXqP1Ad30

Taken out of context, the “fine people” quote does look troubling, but Trump’s critics never tell the whole truth. The statement came from an August 15, 2017 press availability, in which the president was engaged in a spirited discussion with journalists over the broader implications of the Charlottesville street clash. Check the transcript, USA Today reported.

“You had some very bad people in that group, but you also had people that were very fine people, on both sides. … I saw the same pictures as you did. You had people in that group that were there to protest the taking down of, to them, a very, very important statue and the renaming of a park from Robert E. Lee to another name. … So you know what, it’s fine. You’re changing history,” President Trump said.

“You’re changing culture. And you had people– and I’m not talking about the neo-Nazis and the White nationalists, because they should be condemned totally– but you had many people in that group other than neo-Nazis and White nationalists. Okay? And the press has treated them absolutely unfairly. Now, in the other group also, you had some fine people. But you also had troublemakers, and you see them come with the black outfits and with the helmets and with the baseball bats. You had a lot of bad people in the other group,” he added. Continued Below

Here is the video of Trump saying it: “I’m not talking about the neo-Nazis and the white nationalists, because they should be condemned totally”