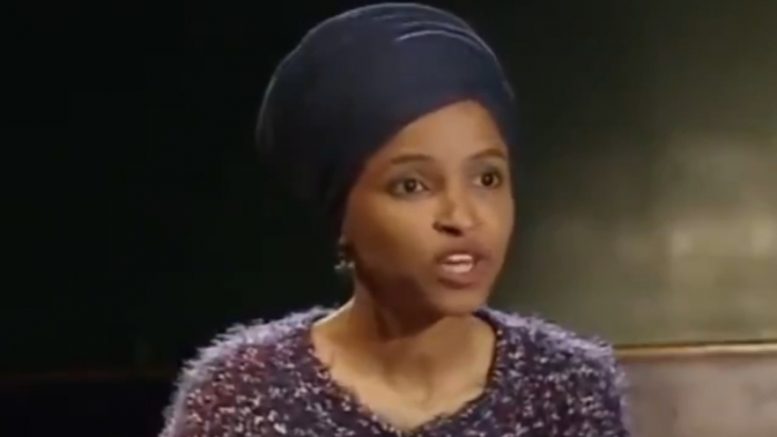 On the anniversary of 9/11, Rep. Ilhan Omar attempted to make ammends in her rhetoric towards the worst terrorist attack in American history, that she once described as “some people did something.”

The congresswoman also seized the moment to promise to “fight to support” America’s first responders, despite repeated calls to defund the police.

In a video posted to Twitter, Omar gave her account of the “horrific” terrorist attack on 9/11/2001 and labeled the “events” of that day as “life-changing, life-altering for all of us.”

“This was I think one of the worst terrorist attacks that we have ever lived through,” Omar said. “My feeling around it is one of complete horror. None of us are ever going to forget that day and the trauma that we will always have to live with.”

She captioned the video: “19 years ago, our country changed forever. Today and every day, we remember the lives taken on 9/11 and the brave first responders who risked everything. I will continue to fight to support our first responders and families who lost loved ones.”

19 years ago, our country changed forever.

Today and every day, we remember the lives taken on 9/11 and the brave first responders who risked everything.

I will continue to fight to support our first responders and families who lost loved ones.pic.twitter.com/S6upySdILN

Over a year ago, Omar faced backlash after a video surfaced saying “Some people did something” when referring to 9/11 at a CAIR event.

Here is video of her making those remarks:

If Omar’s contradictive account of 9/11 isn’t enough to raise eyebrows, her hypocritical rhetoric towards first responders should be the icing on the cake.

Just weeks ago, Omar openly encouraged the “defund the police” movement in wake of George Floyd’s death in Minneapolis, where she called for funds that normally are allocated to police to be invested in community services and entities that do not “violate us”.

Omar’s sudden shift in tone towards the 9/11 attack and America’s first responders didn’t go unnoticed by Twitterverse, who called out her hypocrisy.

Here are some of the highest engaged reactions:

You are an anti-American liar. https://t.co/GyoJQI3ShN

You want to defund first responders. You’re not fooling anyone.

Then stop saying defund the police, or is that just something people do. I can’t keep up with your lies

“Some people did something” said callously by you, as you continue fighting to defund first responders who protect the people that you’re getting killed

Do 1st responders include the police you want to get rid of ? pic.twitter.com/osWTAani2Z

On this anniversary of #September11 we must #NeverForget that @IlhanMN:
1-minimized the evil that radical Islamic terrorism inflicted on America by saying “some people did something”
2-is an antisemitic, racist, Socialist
Islamist
3-endorses @JoeBidenpic.twitter.com/C3AAEzjoKq