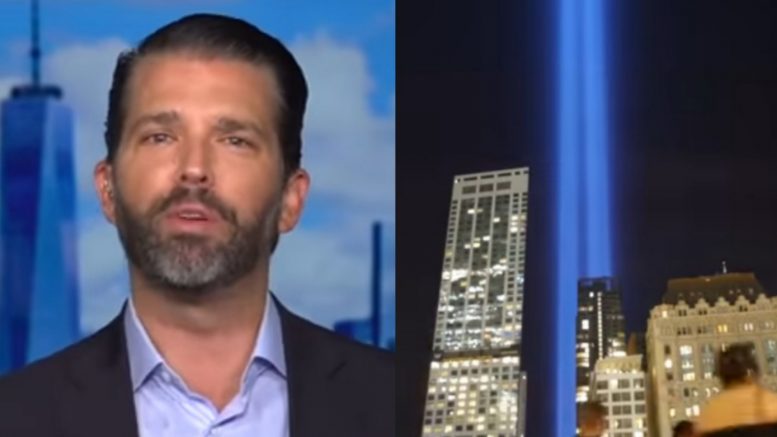 New York City’s annual 9/11 light installation, known as the “Tribute in Light” has been canceled due to coronavirus concerns.

Two beams of vertical light are usually set up in lower Manhatten every year in days leading up to the anniversary of the terrorist attacks that brought down the Twin Towers on September 11, 2001. That all changed, however, on Thursday when officials at the National September 11 Memorial & Museum announced their decision to cancel the event, citing the pandemic.

“The world’s beloved twin beams of light regrettably will not shine over lower Manhattan as part of this year’s tributes to commemorate 9/11,” museum officials wrote on their website.

“This incredibly difficult decision was reached in consultation with our partners after concluding the health risks during the pandemic were far too great for the large crew required to produce the annual Tribute in Light,” they added. “We hope to resume this iconic tribute for the 20th anniversary.”

In response, Donald Trump Jr. called out the hypocrisy and “incompetent leadership” behind the decision, which he considered to be an ‘absolute disgrace.”

Related Article: Bongino Slams de Blasio & ‘His Brigade Of Buffoons’ Over NYC’s Spike In Crime: “This Guy Is A Nihilist Or Something”

“What an absolute disgrace. Looting, rioting, and mass protests are just fine [in] NYC, but honoring the dead of the Sept 11th terror attacks is forbidden,” Trump Jr. tweeted.

“It’s a real shame what’s happened to the city under its current incompetent leadership!!!” he added. See Below

What an absolute disgrace. Looting, rioting, and mass protests are just fine im NYC, but honoring the dead of the Sept 11th terror attacks is forbidden.

It’s a real shame what’s happened to the city under its current incompetent leadership!!! https://t.co/VwJLwuOF24