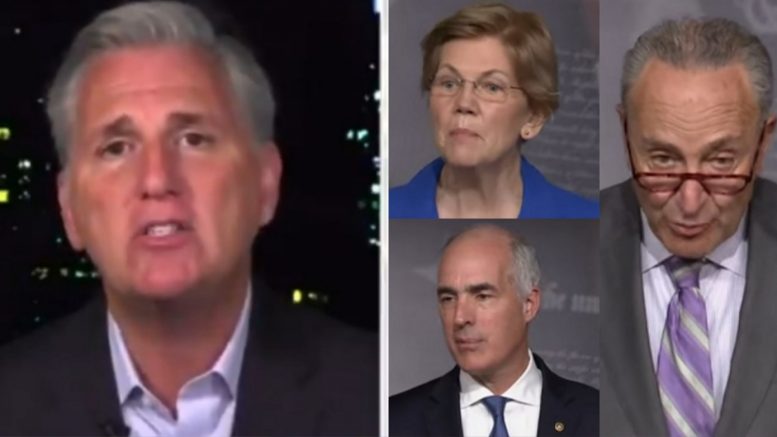 The $300 billion COVID-19 stimulus bill backed by Republicans was a slimmed down version of the $3 trillion relief bill that was passed in the House in May.

While all but one Republican majority voted to pass the bill 52-47, all Democrats opposed the legislation that needed 60 votes to break a Democratic fillibuster.

“Look what the Democrats did,” McCarthy said. “The majority in the Senate actually voted to pass a COVID bill to help America. But the Democrats despise the President so much, they’d rather inflict pain.”

“They’d rather see America suffer than watch the President succeed at something,” he declared. “So they’re gonna bring more pain on to this country just because they despise him.” Video Below

Senate Republicans voted on legislation this week to help hardworking Americans during the pandemic.

But Democrats despise this President so much that they are willing to let Americans suffer because of it. pic.twitter.com/1rtjr7zdAA