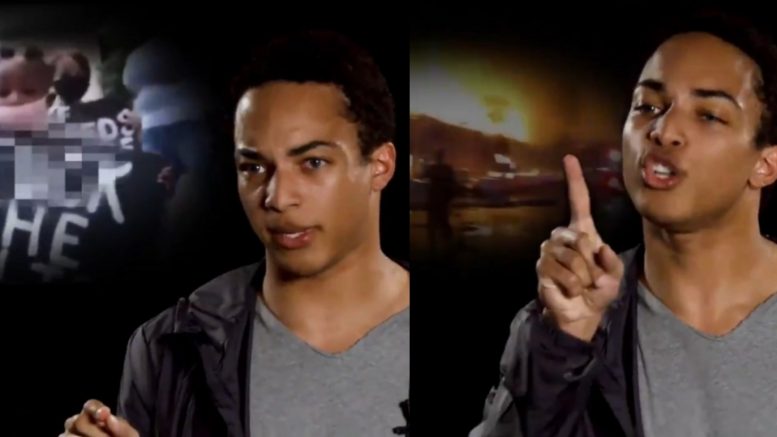 Christian Walker, who is the son of NFL legend Herschel Walker, spouted off on what he finds most “bothersome” about the Black Lives Matter movement.

In a video that’s been uploaded to Twitter, Walker gives testimony on his experience with BLM. He then slams the organization for not being about all black lives and that the movement really just hates American society and the police who protect it.

“If you go on Black Lives Matter website, they hate western civilization, they hate our society, and really to me, they hate black men. They want to destroy the nuclear family,” Christian proclaimed. “Change your name to PoliceHaters.com because that’s what you do. You hate police! You’re not about police brutality!”

“Black Lives Matter is a disgusting name for an organization that hates black me, and overall hates black people. You’re a domestic terrorist organization,” Walker declared. Video Below

.@ChristianWalk1r has watched BLM burn, loot and murder. Now he has a strong message for the violent leftists destroying our cities and killing patriots in cold blood. You watched his dad, football legend Herschel Walker, at the RNC Convention. Now it's his turn to #getoutspoken pic.twitter.com/R85OJfT3ZK

Rep. Ocasio-Cortez gets Mocked for Dancing to Protestors Chanting ‘AOC has got to go!’