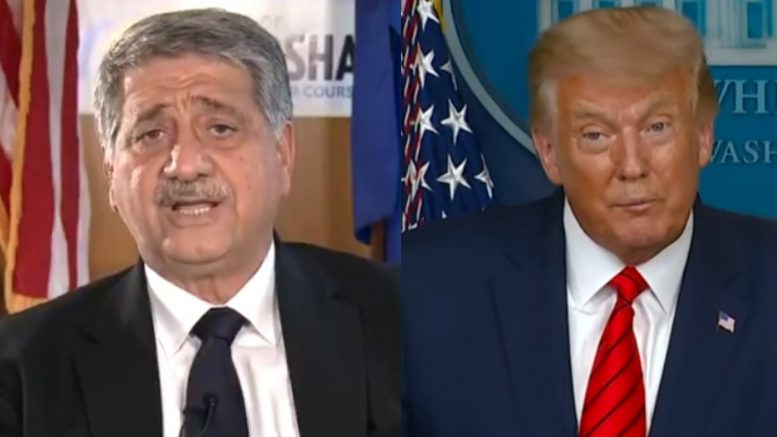 Kenosha, Wisconsin’s Democrat mayor John Antaramian had nothing but good things to say about the National Guard’s presence in his city while being interviewed on CNN.

Antaramian said the guard has been “extremely helpful” containing unrest that erupted in Kenosha last week as a result of Jacob Blake’s shooting, and he is “confident” that law enforcement in the area can “keep the President safe” as he is expected to make appearance in the city on Tuesday.

Antarium’s remarks come in wake of Wisconsin Governor Tony Evers agreeing to accept federal assistance to help restore law and order in the region after intially rejecting such aid offered by President Trump.

Governor Evers also has urged President Trump to “reconsider” visiting Kenosha on Tuesday as he fears Trump’s presence will “only delay our work to overcome division and move forward together.”

Asked by a CNN reporter what he thought about the current status in Kenosha ahead of Trump’s visit, Mayor Antaramian appeared to be quite optimistic.

“I will tell you that the National Guard has been extremely helpful and we feel very comfortable that we can keep the President safe and keep the public safe,” the Kenosha mayor said.

Mostly we need to try to make sure there’s a lot of calm in the community, and that is what we are hoping to maintain,” he added. Video Below