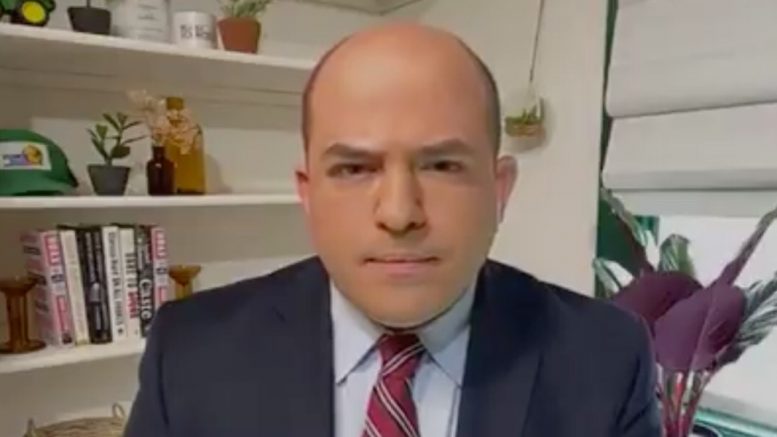 CNN’s Brian Stelter joined C-SPAN’s “Washington Journal” to answer questions from viewers on Tuesday and was told by a Minnesota caller that the leftwing network is “dividing our nation” and also called CNN the “enemy of the truth.”

“You guys always talk about how many times Trump has lied, I’ve calculated that, I think with your chyrons with– I don’t know if there are any journalists left at CNN but I know that, if I were to estimate, about 300 different, you know, distortions or misinformation that we get out of CNN,” the caller told Stelter. “And you have to watch them in the airport, which is harsh, but if you added all that up to 46 months, it comes out to be 300,000-plus distortions of truth.”

“My thing here is you guys– this is how low you’ll go– is that you went out and made lies, and you defamed a child,” the Minnesota caller said, referring Nick Sandmann, who settled a multimillion-dollar defamation lawsuit with CNN.

“And then you had to settle out of court to pay this child for distorting information about this young individual. So I would say if anything is happening at CNN, and anybody who buys your book, it’s really just one of those things that is dividing our nation”, he continued.

“And I don’t believe in dividing our nation, it hurts our great nation, and, so CNN is really the enemy of the truth, and my opinion, thank you,” the caller added. Continued Below

Stelter responded to the Minnesota caller’s comments, saying he was “grateful for the call”, but claimed, “No news outlet is an enemy of America”.

“I know you’re not the only person that feels this way. There has been a process of radicalization that’s happened in this country with media bashing that is absolutely unprecedented,” Stelter said, without mentioning the Sandmann defamation lawsuit.

“It is absolutely true that lots journalists based in New York and Washington, they’re based in big cities with liberal leanings, and mainstream news rooms are built to make sure [that] bias doesn’t seep into the news coverage. Yet sometimes it does. I absolutely acknowledge that. I think it’s different to talk about things as if they are enemies. No American is an enemy of another American. No news outlet is an enemy of America,” Stelter added. Video Below

Oh @brianstelter did not have a pile of fans calling in to C-SPAN today. This man really brought the pain, saying "CNN is the enemy of truth." Stelter said yeah, Trump has "radicalized" people with this talk of media bias. Laughably claims MSM is structured to keep bias out! pic.twitter.com/fsDZIaePB7

Another caller from Texas asked Stelter, “How did CNN spiral down to the absolute level of Trump hate that they are?”

Stelter claimed that he did not hate President Trump: “Who hates Trump? I don’t hate Trump. Who do you think hates him?” the CNN pundit asked.

Big LOL moment in the Stelter C-SPAN hour today. Caller asks "How did CNN spiral down to the absolute level of Trump hate that they are?"

Stelter played dumb: "Who hates Trump? I DON'T HATE TRUMP." (I just compare him to Hitler, without emotion?)https://t.co/m5P5xtbt2b pic.twitter.com/lsrfzO9OHn