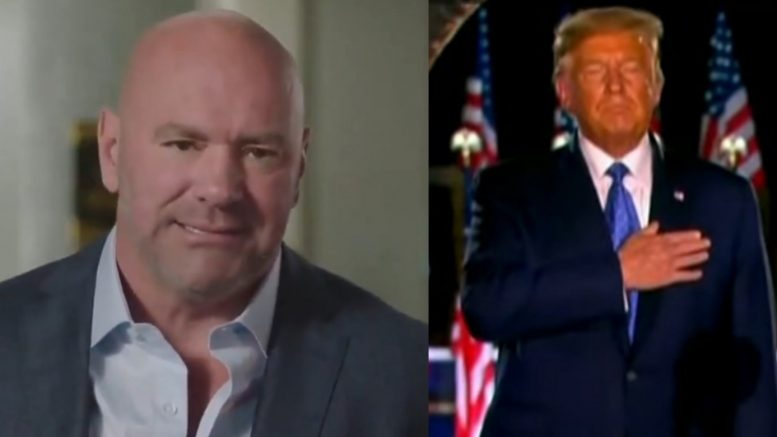 UFC President Dana White stumped for President Trump on Thursday at the Republican convention, in what was a powerful message in support of the strong President’s leadership qualities.

White mentioned the coronavirus pandemic, mass opposition against first responders and “lawless destruction that now is occuring in some of our great cities,” which helped him lay out his case on why “we need President Trump’s leadership now more than ever.”

“Make no mistake, we have a long way to go,” White said. “And that is why we need a leader with President Trump’s unique attributes at this critical time.”

“I have said it before and I will say it again. He is one of the most loyal human beings I have ever met,” he continued. “The man has unstoppable energy. No one — and I mean no one — is gonna outwork this guy. But most importantly, he truly loves and believes in our country. He believes in the people of this country.”

“While we have certainly experienced a ton of negativity in 2020, President Trump’s mindset is to work tirelessly to find solutions to problems and help restore America,” White said. “He did it one, and I’m telling you right now, he will do it again.”

“And remember, President Trump may be the only President in modern times who has actually done everything he said he would do during his campaign,” he declared. Video Below