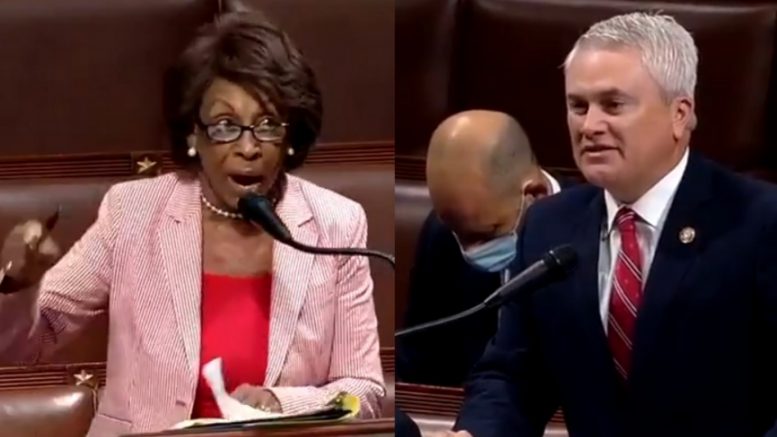 Ahead of the House vote Saturday on the $25 billon “Delivering for America Act,”, Congresswoman Maxine Watters accused President Trump and Postmaster General Louis DeJoy of “dismantling and destroying” the United States Postal Service.

“For three years, I warned the American people and my colleagues that this President was a threat to our democracy,” Watters said in her congressional speech. “Yet here we are today, voting on a measure to save the Postal Service because it is being sabotaged by a desperate President in order to cheat in the 2020 election.”

“I want to say to the members on the opposite side of the aisle, you’d better get some courage. If you’re afraid of the President, you’d better step up to the plate on this,” Rep. Watters continued. “We will not allow the United States Postal Service to be destroyed by you.”

“Another message to the President: Stop removing our blue mailboxes from our neighborhoods,” she added.

Related Article: Rep. Jordan: “Why Are We Voting On The Bill Today But Not… Hearing From The Postmaster General Until Monday?”

When given an opportunity to respond to all that Rep. Watters said, Congressman James Comer (R-KY) simply said, “Mrs. Watters forgets that President Obama removed 12,000 of those blue boxes that she just asked that they quit removing.” Video Below

I can’t help but to laugh every time I see her at the podium spreading lies and conspiracy theories. I always think to myself is there really people in our world that act like this or Is this a front. 🤔 pic.twitter.com/sH1riDXVtw

According to an August 2016 report, in a 17-month period during Obama’s second term, hundreds of mailboxes were removed without following the appropriate process, as “322 out-of-service boxes were permanently removed from the street without Eastern Area approval or public notification to customers.”

At the same time, that report and another from September 2017 show that there are good reasons for eliminating mailboxes, such as underuse, and that even more mailboxes should have been removed over the years, which would have saved the government hundreds of thousands of dollars a year. The five-year total of 12,000 removed mailboxes jumped to 14,000 in the 2017 report, Fox News reported.