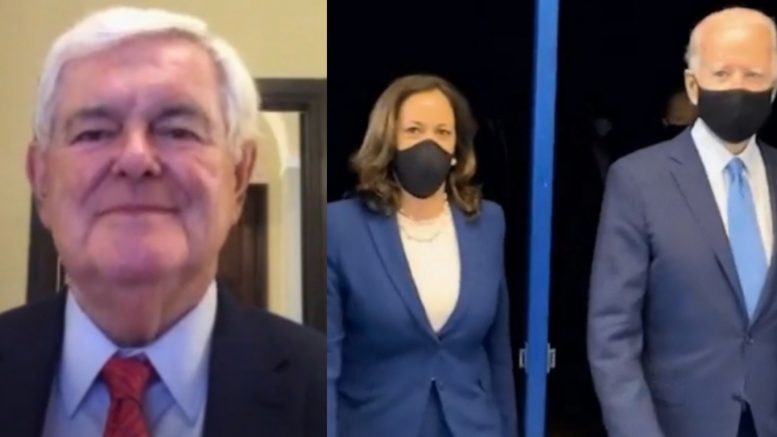 Former House Speaker Newt Gingrich thinks it’s only a matter of time before the Biden-Harris ticket will “collapse,” which he says will happen by  election night and will ultimately resemble George McGovern’s campaign back in 1972.

Gingrich made the bold prediction just days after Kamala Harris was named as Joe Biden’s running mate and as the Democratic National Convention was set to begin.

“This will be the high-water mark before the collapse of the Biden-Harris ticket, which I think will collapse, and probably by election night will resemble George McGovern in 1972,” Newt predicted.

McGovern suffered a landslide defeat against incumbent President Richard Nixon in ’72, winning only in the District of Columbia and the state of Massachusetts.

“Rasmussen just came out and said 55 percent of the country does not think Biden will complete his first term,” Gingrich pointed out, “which means people are going to be looking at Harris as a president, not a vice president.”

“At the same time 39% of the country, according to Rasmussen, thinks that Biden has significant cognitive problems,” he added. Video Below

Gorka Roasts Reporter To His Face After Being Tracked Down At Million MAGA March: “Your Mom Wants Her Phone Back”