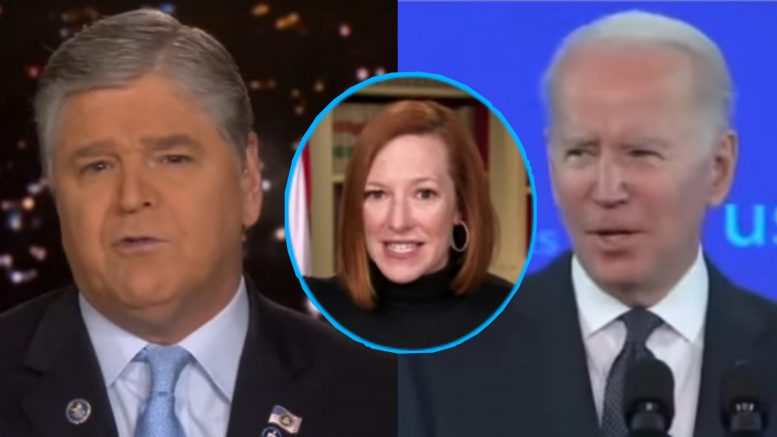 On his Friday night program, Fox News host Sean Hannity mentioned a recent Time magazine cover that shows a dark cloud hanging over Joe Biden’s head while sitting in the White House in commemoration of his first official full year in office.

While he agreed with what the left-leaning publication was depicting in their illustration, Hannity said the dark cloud is actually “hanging over the country.”

Related Article: Kayleigh McEnany Indicates Why Biden’s Press Conference Was the ‘Most Delusional’ She Has Ever Seen

Check out the front cover of Time magazine, accurately pointing out that Biden’s first year is officially in the books and a dark cloud hanging over the White House. Really, it’s hanging over the country.

Remember the guy who promised to shut down COVID-19, rebuild our economy, restore diplomacy and respect around the globe? Well now, COVID-19 is raging — worse than ever, infation at a 40-year high, and war in Europe –thanks to him and his green light — is now pretty imminent. Now things have become so bad under Biden that even Jen Psaki is now suggesting kickboxing and margaritas to help ease the pain… Gonna need an awful lot of margaritas.