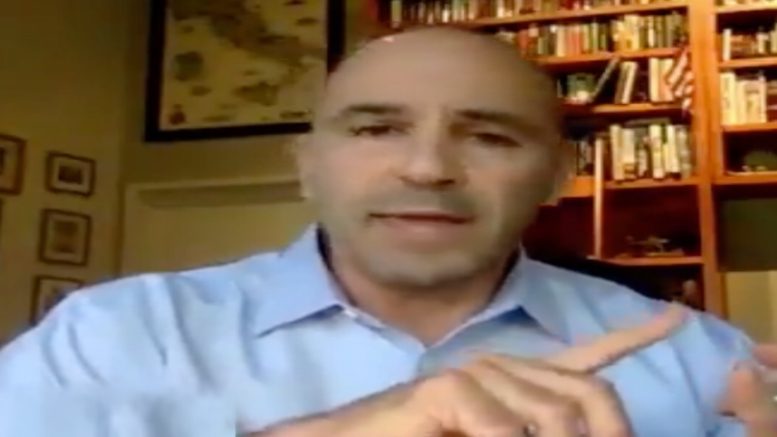 Rep. Jimmy Panetta (D-CA) said Saturday on MSNBC that “undocumented workers” should also be entitled to Coronavirus relief money amid the COVID-19 pandemic.

“We got to make sure that we’re able to basically provide [for] them and fight for them when it comes to making sure that– you know, if they– you know some of them don’t have social security numbers. Some of them won’t be able to use the benefits that we passed in this last legislation,” Rep. Jimmy Panetta said.

“As you know, undocumented, there[s] about 11 million undocumented workers in the United States,” he continued. “They contribute 11 billion in taxes each year. They should be able to take advantage of these benefits that they’re paying into. Therefore, why not use the ITIN, rather than a social security number. We’re supporting legislation to do that.”

Panetta went on to say, “At the same time we are going to continue to fight for the Coronavirus Immigrant Families Protection Act. A bill that not only makes sure that the ITIN numbers are used, but also it stops implementation of the public charge rule. It suspends certain enforcement actions when it comes to deportation in certain places, and it also extends Medicaid in SNAP benefits to those who need it the most.” Continued Below

While the CARES Act was by a wide margin in both chambers of Congress and was considered essential in the fight against COVID-19, not everyone was completely satisfied with the bill.

Rep. Panetta was referring to legislation introduced by Senators Kamala D. Harris (D-CA) and Mazie K. Hirono (D-HI) and Representatives Judy Chu (D-CA), Raul Grijalva (D-AZ), and Lou Correa (D-CA) “to ensure that everyone in our country –- especially vulnerable communities –- can access health care and other critical resources during the coronavirus pandemic.”

Democrat Rep. Jimmy Panetta: coronavirus relief should be used to give money to illegal immigrantshttps://t.co/K9AXWbLIzU pic.twitter.com/iKEgzutKFy

“I was appalled to learn hardworking, taxpaying immigrants were left out of the $2 trillion CARES Act,” California Rep. Lou Correa said in a statement released on April 3. Correa, along with 49 other House Democrats, also support the Leave No Taxpayer Behind Act which, if passed into law, would allow illegal aliens to obtain funds provided by the CARES Act.

Rep. Jimmy Panetta cosponsored the Leave No Taxpayer Behind Act. Continued Below

Among the sponsors of the Leave No Taxpayer Behind Act are Reps. Ilhan Omar (D-MN), Alexandria Ocasio-Cortez (D-NY), and Rashida Tlaib (D-MI).

Tlaib, for example, has proposed that the federal government issue pre-loaded debit cards with $2,000 for every individual in the country — even illegal aliens who have lived in the U.S. for as few as three months. These debit cards would be recharged with $1,000 every month until one year after the coronavirus crisis ends.

“We need to continue to make federal investments in our community health centers,” Massachusetts Rep. Ayanna Pressley said about a new COVID-19 relief package. “We need to center the humanity of every individual family and workers and that includes not leaving behind undocumented and uninsured.”

Chicago Mayor Lori Lightfoot signed an executive order on Tuesday that ensured all immigrants and refugees living within city limits, no matter their legal status, are eligible to receive coronavirus benefits. The order she signed allows undocumented aliens to tap into the city’s Housing Assistance Grant program and a $100 million Chicago Small Business Resiliency Fund to help small businesses that are struggling.

“This order is more than just an official decree, it is a statement of our values as a city and as Americans,” Lightfoot said during a press briefing.

Minneapolis leaders recently rolled out a multimillion-dollar emergency housing assistance program in which households can receive as much as $2,000 each. Under the program’s qualification guidelines, the city specifically says that living in the country unlawfully is not an obstacle to receiving the funds.

Former NFL Player Mark Campbell On His Battle With COVID-19: Hydroxychloroquine ‘Worked Great For Me”