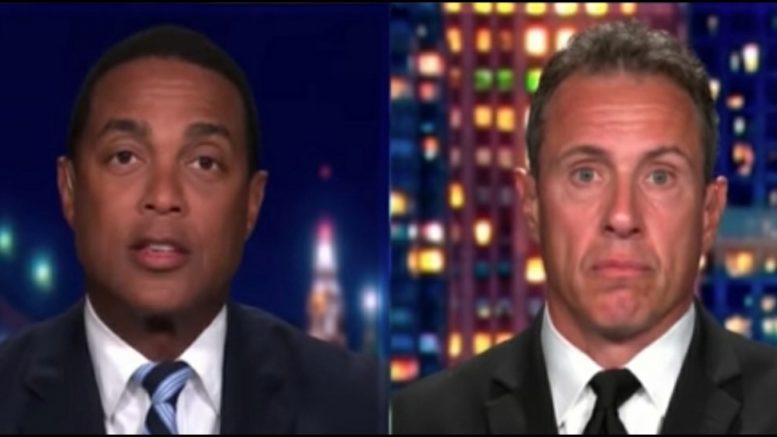 Don Lemon claimed that Jesus Christ was “admittedly, not a perfect man” when he lived on earth.

The CNN host made the bold suggestion on Monday night during a discussion with his colleague Chris Cuomo.

Related Article: Lemon To Crews: Black Lives Matter “Is About Police Brutality… Not About What’s Happening In Black Neighborhoods”1

The Washington Examiner dug up a clip of the remarks made by Lemon and posted it on their Twitter account on Thursday.

“Jesus Christ…if that’s who you believe in, Jesus Christ, admittedly was not perfect when he was here on this Earth,” Lemon said. “So, why are we deifying the founders of this country, many of whom owned slaves?”

“And in the Constitution, the original one, they put slavery in there — that slavery was abolished because it was the way the king wanted — and then the Congress said, no way!” he added. Video Below

.@CNN's @DonLemon: “Jesus Christ… if that’s who you believe in, Jesus Christ, admittedly was not perfect when he was here on this earth.

So why are we deifying the founders of this country?” pic.twitter.com/RQjikAJE3X

The main problem with Lemon’s remarks is that Biblical scripture states the exact opposite of what he told his audience, which is that Jesus was morally perfect during his life on earth. Continued Below

As detailed by the Washington Examiner:

“The biblical doctrine that Christ was morally perfect dates far back into Christian history and is well established in the New Testament. In 2 Corinthians 5:21 and Hebrews 7:26, the apostle Paul said Christ was ‘holy, blameless, pure, set apart from sinners, exalted above the heavens’ and that ‘God made him who had no sin to be sin for us, so that in him we might become the righteousness of God.’

“The tenet was affirmed by early Church leaders and as late as the Second Vatican Council in 1965. Other verses, such as Colossians 1:15, describe Christ as ‘the image of the invisible God, the firstborn over all creation.'”

Also, as stated in 1 Peter 2:22, “He committed no sin, neither was deceit found in his mouth.”

With all of that said, it would be interesting to see where Mr. Lemon has documented proof that Jesus “admittedly, was not perfect.”

Stelter Says Gorsuch Appeared On Fox To ‘Goose Sales’ Of His Book, Instantly Gets Called Out: ‘Dumbest Person In All Of Media’