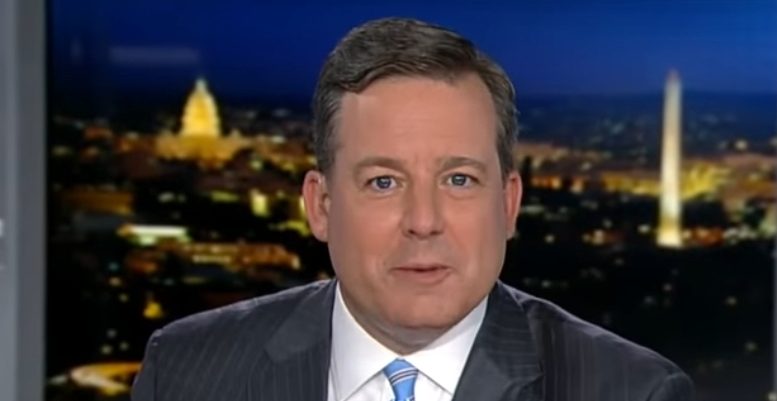 Former Fox News anchor Ed Henry issued a statement via his attorney not long after the network announced their decision to suspend and ultimately terminate him following an allegation involving “willful sexual misconduct” with a former employee.

The incident is alleged to have happened “years ago in the workplace,” however Henry has since denied it.

“On Thursday, June 25, we received a complaint about Ed Henry from a former employee’s attorney involving willful sexual misconduct in the workplace years ago,” the network wrote in the internal memo that his since been widely circulated. “Ed was suspended the same day and removed from his on-air responsibilities pending investigation. Based on investigative findings, Ed has been terminated.” 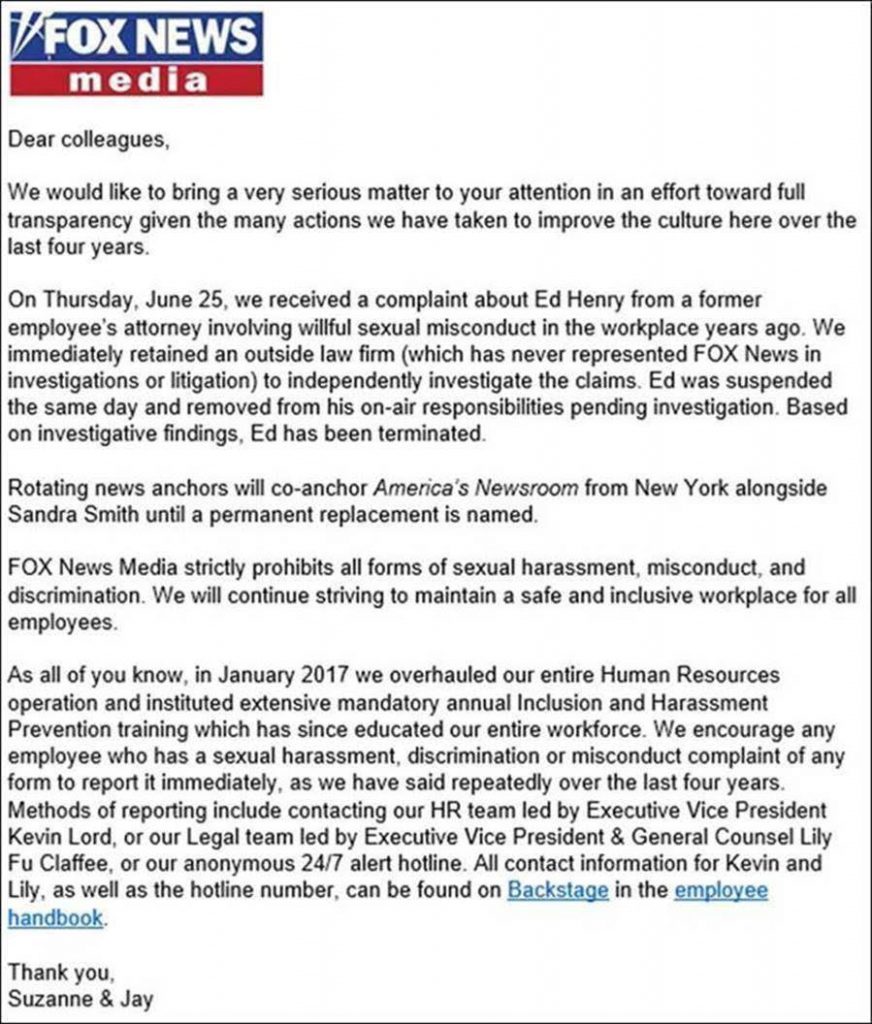 The memo went on to indicate that Henry will be replaced with rotating news anchors on “America’s News Room,” which is the show that he co-hosted with Sandra Smith.

In response to the statement from Fox News, Henry tweeted: “Attorney Catherine Foti: ‘Ed Henry denies the allegations referenced in the Fox announcement and is confident that he will be vindicated after a full hearing in an appropriate forum.'”

Attorney Catherine Foti: “Ed Henry denies the allegations referenced in the Fox announcement and is confident that he will be vindicated after a full hearing in an appropriate forum.”

Sarah Sanders Announces New Job At Fox News, Mike Huckabee Responds: ‘If You Had Signed W/ CNN, You’d Been Voted Off The Island!’

Watch: Tucker LOL’s After Uncovering How Cuomo Appeared To Be ‘Sexually Attracted to His Emmy Statue’