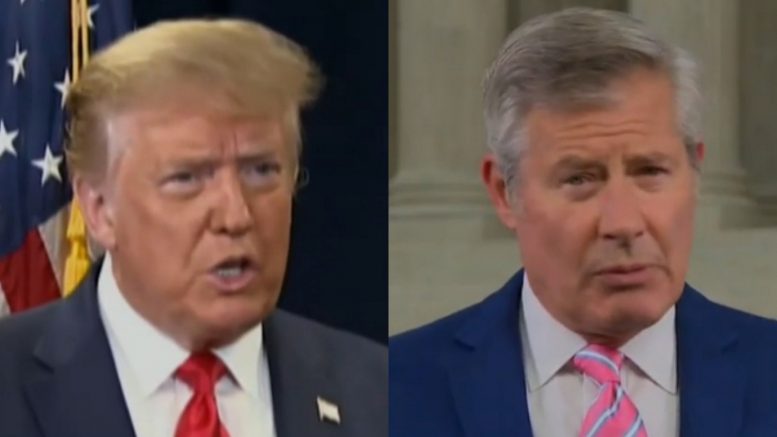 According to Mediaite, Mckelway is quoted as telling Bret Baier, “Many Republicans would like to see permanent status for Dreamers tied to comprehensive immigration reform, including a border wall, something the Democrats are unlikely to budge on in this election year.”

In response to Mckelway’s statement, Trump tweeted, “Could somebody please explain to reporter Doug Mckelway of @FoxNews that the Border Wall has long been under construction, the battle (war) is won, the Dems have FINALLY given in.”

“In fact, I will be in Arizona tomorrow to celebrate the 212th plus mile of completion,” he added.

The President fired off another tweet directed at Mckelway just moments later.

“Rather hard to believe that @FoxNews didn’t know that the Border Wall is well under construction, fully financed, & already over 200 miles long? Will soon be finished!” Trump declared. “They just reported that ‘it is something that Dems are unlikely to budge on in this election year.'”

Crowd Erupts Into Laughter As Trump Comments On Biden’s Air Force One Stumble: “I Didn’t Lose To Him”