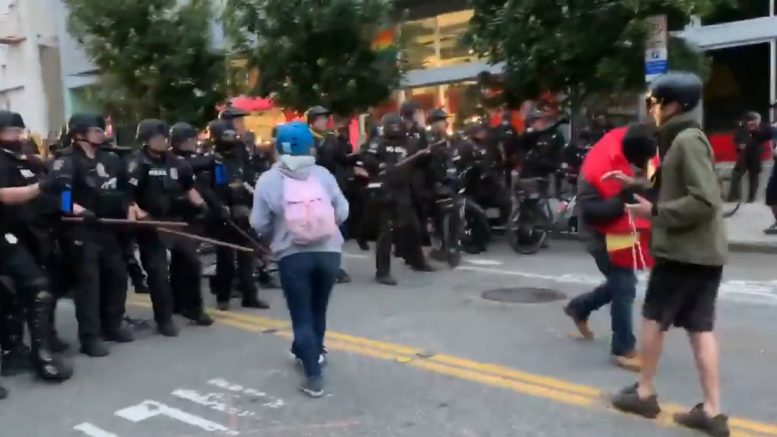 The move by police came after Seattle Mayor Jenny Durkan issued a 48-hour executive order for protestors to vacate the area, citing “unlawful assembly,” as there has been growing violence in the zone.

Police moved into the CHOP just before 5 a.m. and issued a dispersal order to any protestors in the area. Police tweeted at 5:20 a.m. that 10 people had been arrested. Another tweet at 5:30 a.m. said three other people were arrested at 12th and Pike.

Police were able to regain control of the department’s East Precinct, which was evacuated on June 11.

A video surfaced on Wednesday morning showing mass amounts of police officers marching into CHAZ with an incredible show of force. Video Below