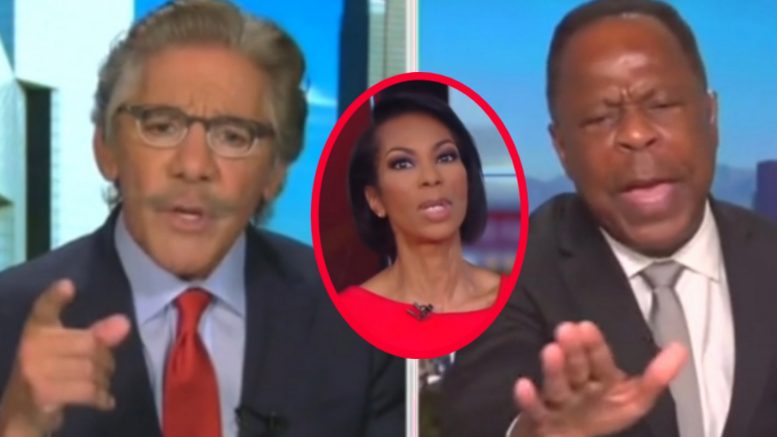 Appearing with Harris Faulkner on Tuesday, Fox News contributors Geraldo Rivera and Leo Terrell sparred over whether or not systemic racism exists in police departments across America.

The subject has been a hot topic for the Left in recent weeks and months in wake of Derek Chauvin’s trial and fatal shootings, which in turn has led to renewed calls to defund the police.

Related Article: Leo Terrell Scolds Colleague Geraldo Rivera: “How Dare You Say That, Sir!…You Know Nothing About Me”

“I want to be very clear — White House, Al Sharpton, Ben Crump — no systemic racism exists,” Leo declared in his initial argument. “And I challenge my colleague to give me the name of the town, the name of the police department, and the head of the department right now on national TV” where it does exist.”

In response, Geraldo failed to name one town where systemic racism exists, but instead cited recent conversations he had with two Black females who told him “how fearful they are for their law-abiding teenage sons when they drive around at night.”

“That terror felt by Black parents is real,” Geraldo proclaimed.

“This subject is too important! I asked him right in front of you. Name me the town. Name me the city. Then he goes and ignores the subject and wants to play the [sympathy] card.”

As Geraldo was about to say “It’s every city,” Leo interrupted and yelled, “No, don’t do that! Geraldo, don’t do that because there’s too many people on the left and yourself lie about systemic racism!” Video Below