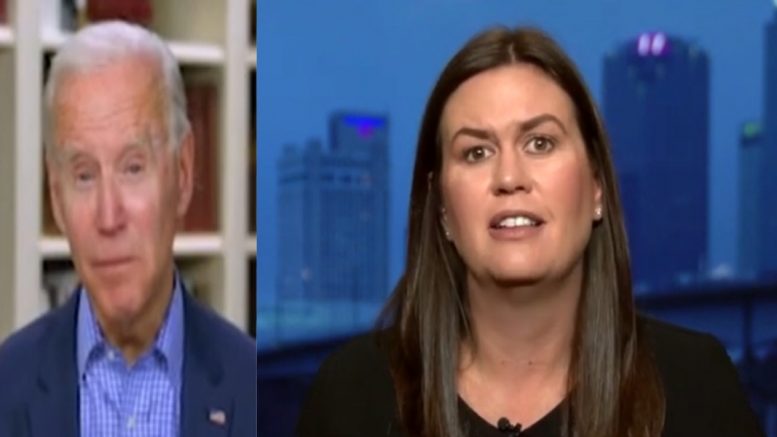 Former Vice President Joe Biden on Thursday said that “10 to 15 percent of the people out there that are just not very good people”.

Speaking during a virtual town hall with young Americans, Biden discussed the importance of a president setting an example for the country on issues of race during a conversation moderated by actor Don Cheadle, The Hill reported.

Joe Biden had accused President Trump of dividing the nation, saying “The words a president says matter, so when a president stands up and divides people all the time, you’re going to get the worst of us to come out.”

“Do we really think this is as good as we can be as a nation? I don’t think the vast majority of people think that,” he said. “There are probably anywhere from 10 to 15 percent of the people out there that are just not very good people, but that’s not who we are. The vast majority of the people are decent, and we have to appeal to that and we have to unite people –bring them together. Bring them together.”

Former White House press secretary Sarah Huckabee Sanders reacted to Biden’s remarks during “Fox & Friends” on Friday, saying “he’s showing us every single day that he’s not that person that can bring us together”.

“I agree with one thing that he said: we have to come together and we have to unite. Unfortunately, he’s not the person to do that, because he is saying things divisive and saying 15% of our country aren’t good people,” Sanders said. Continued Below

“Americans at our very essence, at our very core, are the best of what has touched place on this planet. I mean the idea that 15% of Americans that are not good people is not only appalling, but it’s the exact type of rhetoric that is dividing the country,” Sanders explained.

She continued: “Joe Biden, every single day, is politicizing this, instead of coming up with solutions and trying to bring the country together. He is doing exactly what he is saying shouldn’t be happening. And so, while I agree we need to come together as a country, I fundamentally disagree that Joe Biden has any ability to do that.”

“And I don’t think that most of America will put their faith behind him when it comes to the end of the day in November, because I think he’s showing us every single day that he’s not that person that can bring us together,” Sanders expressed. Video Below

“Hopefully [Biden] will spend some more time out in the country, get out of that basement bunker a little more often, and realize that 15% of this country is not bad people and see the greatness of America, and the greatness of our people,” Sanders recommended.

Fox & Friends co-host Steve Doocey pointed out that “Joe Biden needs to do the math. 15% of this country is 50 million people. He’s gonna have to do some explaining later today, because that is just jaw dropping.”

Sarah Huckabee Sanders’ full comments; her remarks on Biden begin at 6:50 into the video:

In the same interview on Thursday night, Biden also repeated himself three times, even though he had the assistance of notes in front of him.

(Related: Biden: “If You Have A Problem Figuring Out Whether You’re For Me Or Trump, Then You Ain’t Black”, Scott & Pierson React)