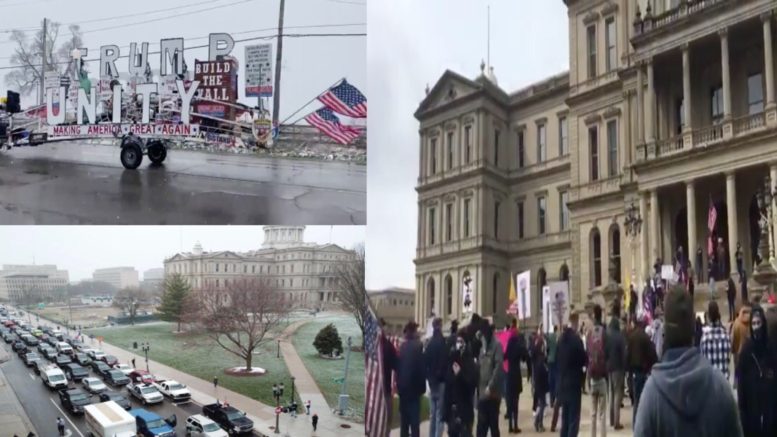 Supporters of the Michigan Conservative Coalition (MCC) urged Whitmer to reopen the state’s non-essential businesses on May 1 while urging their own members to practice social distancing during the “Operation Gridlock” protest, local news radio station WWJ reported.

Video of the event posted on Twitter and Facebook showed some demonstrators on the capitol steps while others remained in their vehicles, honking loudly.

Whitmer has ordered Michigan residents to stay at home unless performing essential tasks until April 30 and has closed non-essential businesses in the state, though activists are complaining about which businesses have been allowed to stay open — as well as the de facto cancellation of Easter and Passover services, The Hill reported.

The main order people are taking issue with is the extension of the stay at home order and what businesses are considered essential and non-essential. On Thursday, April 9, Whitmer extended that order through the end of the month and also introduced new restrictions on garden centers and stores selling furniture and paint, reported WZZM13.

“Come prepared for a traffic jam in Lansing! We WANT gridlock,” a group on Facebook called Michigan Conservative Coalition and the Michigan Freedom Fund explains. Video Below

'GOVERNOR, OPEN OUR ECONOMY ON MAY 1 AND RESPECT OUR RIGHTS AND FREEDOMS.'

The Trump Unity Bridge that attends all Trump events has made it to Michigan to protest Democrat Governor Gretchen Whitmer pic.twitter.com/bqbCSRrCTC

Chants of “recall Whitmer,” “USA” and “lock her up” outside Michigan Capitol. #OperationGridlock pic.twitter.com/7Q7niiNFUF

Thousands of people from all over Michigan are converging on our state Capitol today to protest the governor’s restrictive “Stay Home” order and get their voices, and car horns, heard. #OperationGridlock pic.twitter.com/bgjH4wKCUQ

Bumper-to-bumper traffic at Lansing exit for the West Michigan convoy headed to #OperationGridlock. Protest at the Capitol already going on. More pics from Lowell @wzzm13 pic.twitter.com/iKo4lo2dfa