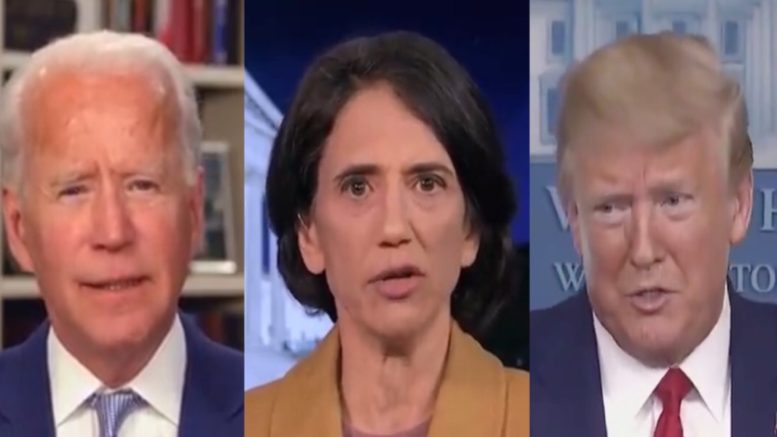 Rubin published an opinion piece Friday titled: Biden must say it: Trump will get more people killed and suggested that President Trump has defied the advice of public health officials and “wants to reopen the economy without the means to conduct widespread testing for the coronavirus.”

Jennifer Rubin attacked President Trump for his praise in that America has a great testing system that is the best in the world.

“He is wrong on both fronts. First, our testing is wholly inadequate and far less robust than that of countries such as South Korea, which was able to avoid ten of thousands of deaths through widespread testing. Second, not everyone needs to be tested, but many must be in order to determine remaining positive cases and isolate them to prevent a resurgence of the deadly virus,” Rubin wrote. “Trump’s statements are absurd and dangerous.”

The Washington Post columnist then wrote, “If the country pays attention to him, thousands more will die. Trump is either incapable of understanding the risk or is unbothered by the prospect of these unnecessary deaths.”

Rubin also praised House Speaker Nancy Pelosi (D-CA), claiming she “understands the science” and then suggested the only people willing to go back to work before additional COVID-19 testing is available are either stupid, broke or consumers of nontraditional media. Continued Below

“The ignorant, the desperate and the right-wing media junkies might be the ones to pay the price if they heed his advice and venture out absent widespread testing, contact tracing and isolation procedures,” she asserted.

Rubin concluded by writing: “Presumptive Democratic presidential nominee Joe Biden needs to be as forceful as possible on this point. He should be blunt: Relying on Trump allowed thousands of Americans to die. Trusting him again would result in thousands more deaths. This is unquestionably true. Biden cannot shrink from direct indictments of Trump’s reckless conduct. Doing so would give Trump an escape hatch and reopen a path to his reelection.”

Rubin was slammed on Twitter for tweeting with her article: “If Biden is serious about winning he needs to accuse Trump of willingness to kill people.” Continued Below

If Biden is serious about winning he needs to accuse Trump of willingness to kill people. https://t.co/JiTMMGvDBE

Trump is the most Pro-Life president in modern American history.

You are a wicked person.

Does the @WashingtonPost offer psychiatric care as part of their health insurance? This seems to be an emergency case!

You have issues. Seek help.

This things Bio contains misleading information and violates your policy regarding Fake News.

This thing is NOT a conservative, please add a misleading disclaimer to this trash pile.

Okay you’re really taking this whole liberalism is a mental disease thing too literally. You don’t have to actually go insane.

It's one thing to be critical of the president when necessary. It's another thing entirely to be a shameless hack like Jennifer Rubin. https://t.co/fl30TTdLhL

Trump tanked the economy, which was the strongest asset that he had to win re-election, in a sole effort to save as many people's lives as possible

Jennifer Rubin is stupid, a liar, and an all around vile human being pic.twitter.com/TUUmOgQ7yk

You have reached straitjacket level height of insanity.

You’re a ridiculous human being.

Congrats on making Alyssa Milano look sane. You are one sick, evil individual. As ugly on the inside as you are the outside.