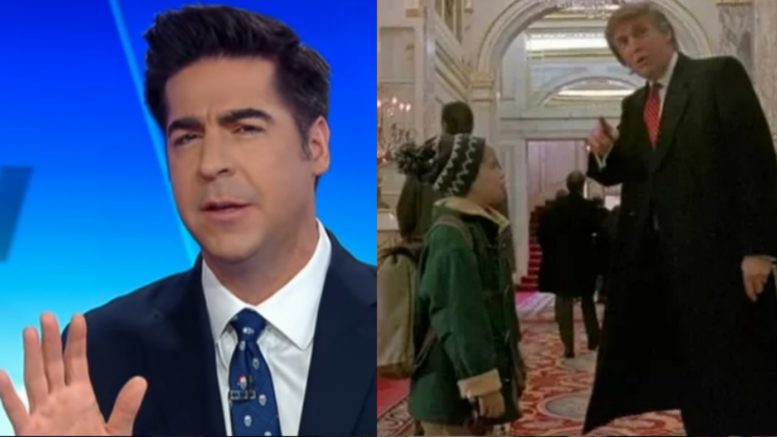 On Thursday’s airing of The Five, Jesse Watters weighed in on CBC (Canadian Broadcasting Corporation) editing out President Trump’s cameo while broadcasting “Home Alone 2: Lost In New York” on TV.

CBC issued a statement after several people called out the network for removing the moment when fictional character Kevin McAllister had a brief run-in with Trump after arriving at a New York hotel. The scene amounts to only a few seconds of the two-hour movie.

“As is often the case with features adapted for television, Home Alone 2 was edited to allow for commercial time within the format,” a CBC spokesperson said in a statement as per ComicBook.com.

Watters began by saying that he thinks “Home Alone 2” is “one of the most under-rated sequels ever.” To back it up, he cited that it raked in $175 million at the box office.

“I just saw it with my twins. They love the Trump cameo,” Watters said. “That was one of the most interesting parts of the movie.”

“It was a liberal edit,” Watters said in regards to CBC cutting that part out. “If you want to edit for time, take out the crazy pigeon lady in Central Park. That was a waste of time. I hated that women.” Video Below

“So if you look at what they did, it’s re-writing history because what Trump was in the early 90’s — he was a tycoon that was admired and embraced by American culture, by Hollywood, by the entertainment industry,” Watters continued. “This was a family friendly film and liberals can’t accept that, so they wanna deny it and it just makes them look petty.”

And, to be honest with you, the Prime Minister of Canada had blackface on around this time,” he declared. “They weren’t worried about that. They’re embarrassed by Trump but not a blackface Prime Minister.” Video Below

Here are the President’s reactions: