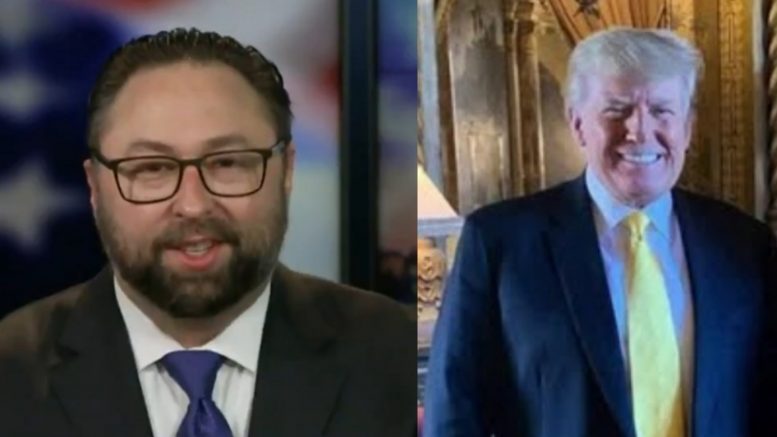 With over two weeks since leaving office and the Senate impeachment trial less than a week away, Miller said Trump has been spending a lot of time with his family and is “doing really well” and is “relaxed.” He then hinted that Americans should expect to see some action out of the 45th U.S. President rather soon.

“I think there’s…the sense of the weight of the world is off the President’s shoulders,” he added. “There are only 45 other individuals who have had that honor of serving as President of the United States. It’d a serious responsibility.”

“I think he’s relaxed,” Miller said of Trump, knowing that Democrats’ impeachment effort is “dead on arrival” after 45 Senators initially voted against it. “A little bit of that stress is off.”

“I think the President is relaxing. Once we get on the other side of this trial, I think you’rr going to see him back at it,” Miller concluded. Video Below

TRUMP: The former President is 'doing well – he's relaxed' and soon we'll see him 'back at it,' says @JasonMillerinDC. https://t.co/VlT7z8drtO pic.twitter.com/3voTricB6g

Giuliani Ties The AZ Audit to Why He Was Targeted: “If Something Goes Wrong There, They’re Gonna Have To Deal With My Big Mouth”