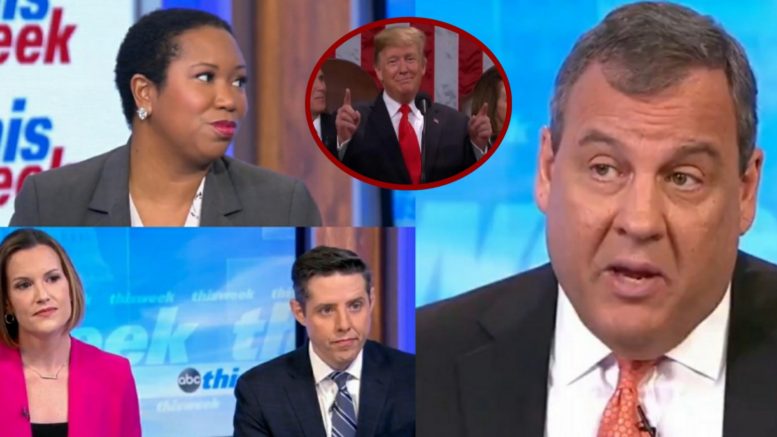 While appearing on ABC’s This Week, former New Jersey Governor Chris Christie explained to fellow panelists how the impeachment process already looks to be taking a toll on Democrats.

Christie used his home state of New Jersey as an example to back up his claim, citing Congressman Jeff Van Drew’s switch from Democrat to Republican as well as polls showing House Democrats from the state are in danger of being unseated.

Related Article: Rep. Reschenthaler On Impeachment: “This Is Totally Backfiring On The Democrats”

“You know what’s happening in blue New Jersey, okay — very blue state,” Christie said. “Jeff Van Drew switches from Democrat to Republican, from the majority party to the minority party in the middle of impeachment because of impeachment.”

“Andy Kim, who won his seat two years ago, is now losing to Katie Gibbs, who is his Republican challenger,” he continued. “And Tom Malinowski is now losing to Tom Kean Jr., the son of the former governor, in that district.”

“You could wind up flipping three seats back in New Jersey two years later in this race, and I think impeachment is a large part of it, at least in New Jersey,” Christie proclaimed. “Even in a blue state where Donald Trump’s approval ratings are in the high 30’s.” Video Below

Alveda King: “President Donald John Trump Has Done More For African Americans Than Any Other President Did In Their First Four Years”