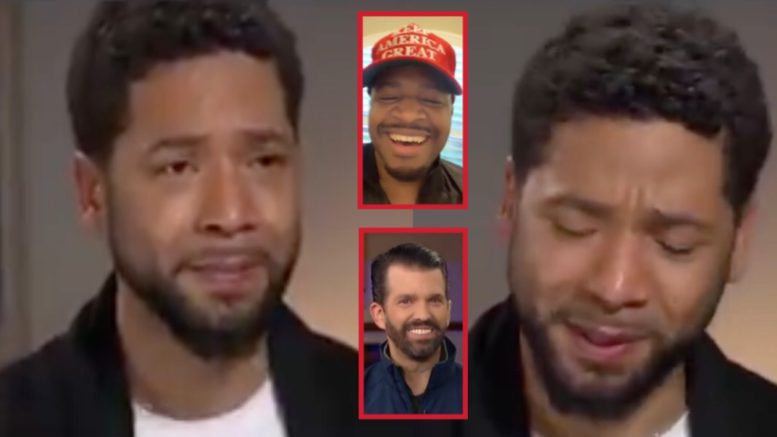 Jussie Smollett has been indicted by a grand jury on six counts of disorderly conduct for allegedly lying to police about his claims of a racist and homophobic attack against him in January 2019, a special prosecutor said Tuesday, reported Fox News.

Jussie Smollett was indicted in Chicago by a former U.S. attorney, currently special prosecutor, Dan Webb, that stemmed from the alleged racist and homophobic attack against him in January 2019. (App users can click here to read the full indictment.)

In January 2019, Smollett told police he was attacked by two masked men as he was walking home from a Chicago Subway sandwich shop at approximately 2 a.m. The actor alleged that the masked men taunted him with homophobic and racial slurs, beat him and looped a noose around his neck before fleeing, as per Fox News.

Smollet said his attackers, at least one of whom he said was white, told him he was in “MAGA country”, a reference to President Trump’s campaign slogan, “Make America Great Again.”

After an intense investigation, police said they determined Smollett had staged the entire episode with the help of two brothers, Abel and Ola Osundairo, whom he paid to take part in the hoax assault, in an elaborate effort to drum up publicity for his middling career. After prosecutors dropped the case in March, Smollett maintained his innocence but agreed to let officials keep a $10,000 bail, reported Fox News. Video Below

GOP reacted after the news broke. We leave you with a few of those responses:

Jussie Smollett might be going to jail soon! He has been indicted by a special Prosecutor in Chicago!

Hey @JussieSmollett don’t worry I will send you some Trump hats & Socks when you go to jail!

The fact that #JussieSmollett had to fake his racist attack shows that racism of that sort is relatively rare today. That’s why it has to be staged. Blacks in the 1890s didn’t have to stage lynchings to prove a point because there were lots of actual lynchings going on!

A TALE OF TWO HATE CRIMES

2⃣ A Trump hater tries to run over Trump supporters in Florida on Saturday. Crickets from the media! 🦗🦗

Jussie Smollett has officially been indicted for his FAKE HATE CRIME!!

He tried to divide a Nation and start a Race War ALL because of his hatred for @realDonaldTrump and his supporters!

This is MAGA Country!

6) … and finally – #KamalaHarris and #JussieSmollett campaigned together, are friends and political comrades.

Would be terrible if this clip of Dave Chappelle *savaging* Jussie Smollett went viral again.