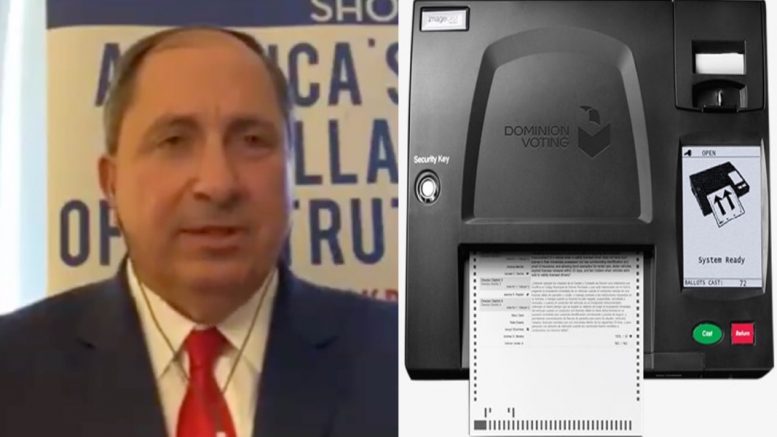 The Commander in Chief took to Twitter Tuesday to inform America of reports “coming out of the 12th Congressional District of Georgia” regarding Dominion voting machines, which reportedly are “not working” in Republican stronghold areas amid the Senate runoff.

“Reports are coming out of the 12th Congressional District of Georgia that Dominion Machines are not working in certain Republican Strongholds for over an hour. Ballots are being left in lock boxes, hopefully they count them. Thank you Congressman @RickAllen!” President Trump wrote.

Georgia radio host John Frederick’s during an interview on Steve Bannon’s War Room, said on Tuesday, “Dominion machine in several, get this, not one or two I heard, three of the largest Republican precincts at 10 am are down. I got this from multiple people breaking live into my show”.

“In the meantime, they have to make their ballot out, put it in an envelope, and the poll workers are saying, ‘When it’s fixed we’ll scan it for you’. There’s all kinds of red flags right there,” Frederick reported of voters’ claims, who had called into his radio show Tuesday morning. Video Below

Meanwhile, election official with the Georgia secretary of state’s office, Gabriel Sterling, reported Tuesday morning, “Some issues in Columbia Co. There was a programming error on security keys for some locations scanners & poll worker cards.”

Some issues in Columbia Co. There was a programming error on security keys for some locations scanners & pollworker cards. Voting continues on backup emergency ballots. Newly programmed keys&cards are being taken to locations via law enforcement.

Sterling later responded to the president, claiming that the “issue in Columbia Co. was resolved hours ago”, adding that President Trump “received old intel”.

And this issue in Columbia Co. was resolved hours ago and our office informed the public about it in real time. The votes of everyone will be protected and counted. Sorry you received old intel Mr. President. https://t.co/qqGmnIqwsM

However, a first hand voter reported on Twitter Monday what he allegedly encountered and witnessed in Newton County, Georgia, which is outside of the city of Atlanta.

This is the poll place pic.twitter.com/PONXvYkHVP