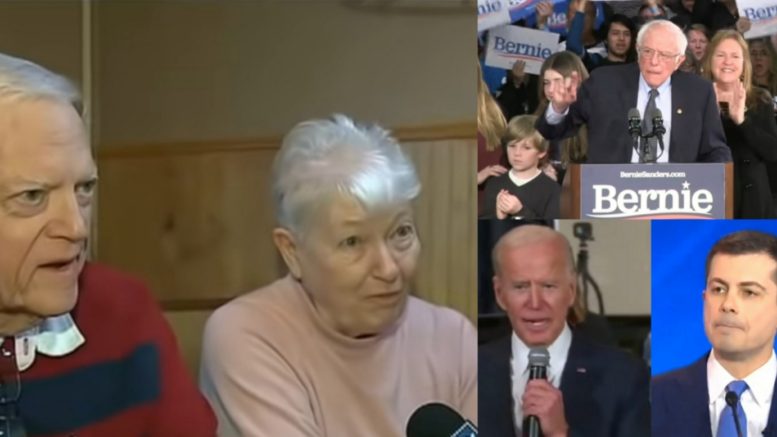 While weighing in on Tuesday’s primary, one New Hampshire voter revealed her high level of support for President Trump, while bashing his Democratic opponents.

The unidentified female voter gave such indications while interviewing with Bill Hemmer of Fox News at a restaurant in Merrimack, NH.

When asked by Hemmer if she is comfortable saying who she will be voting for in the primary, the woman responded, “Sure, Trump…We love Trump.”

She then backed up her support for Trump by stating, “Well, he does a lot for the country, I believe…he makes our 401K move and he does a number of things. And I think he does really well.”

Hemmer replied, “So, you’ll vote for President Trump on Tuesday. What do you like about the Democratic field? What do you see in them?”

“Nothing,” the New Hampshire voter replied. “I don’t like them…All they do is argue with each other and…what kind of good is that for anybody?” Video Below

Related Article: James Woods On Hillary’s Chances In The 2020 Race: “The Clintons Are Like Nuclear Cockroaches”

You can see Hemmer interviewing other New Hampshire voters by fast forwarding to the 17:50 mark in the following video: