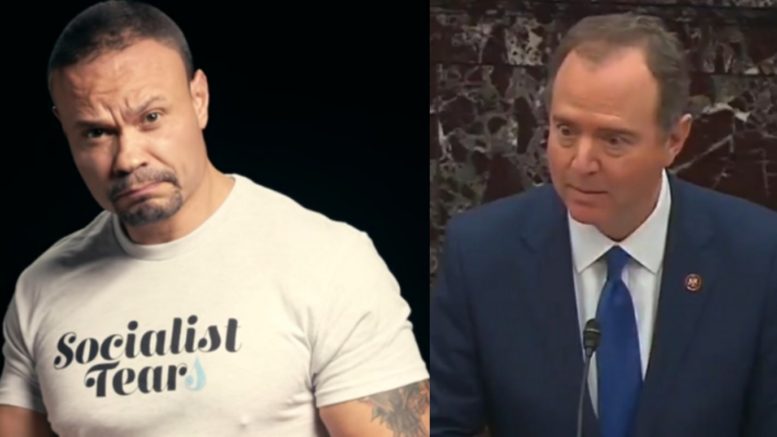 Schiff was accused of lying after answer questions from Senators, most notably in regards to his alleged relationship with the infamous whistleblower.

Schiff told the Senate that he does not know who the whistleblower is, and denied that any House committees coordinated with the whistleblower. However, several of his critics, including Bongino, blasted Schiff and accused him of lying after watching him make such remarks.

In his response, Bongino called on Schiff to be “impeached” and cited how “he continues to lie” about his “corrdination with the whistleblower” and the “collusion hoax.”

“When do the impeachment proceedings start against sleazy Adam Schiff for abuse of power?” Bongino asked in a tweet.

“He lied about his coordination with the fake whistleblower and he continues to lie about the collusion hoax. He should be impeached,” he proclaimed. See Below

Related Article: Schiff Gets Blasted After Telling The Senate “I Don’t Know Who The Whistleblower Is”

Moments later, Bongino covered nearly every instance of how he believes Schiff has lied, and suggested the Congressman from California is a “Hall-Of-Famer in the game of lying.”

In ending, here is video of Rep. Debbie Lesko and Lou Dobbs briefly discussing the lies of Adam Schiff:

Romney Rejected: @RepDLesko says the RINOs are being used as puppets in the Radical Left’s efforts to overthrow @POTUS. #AmericaFirst #MAGA #Dobbs pic.twitter.com/6IXDrBEH7T