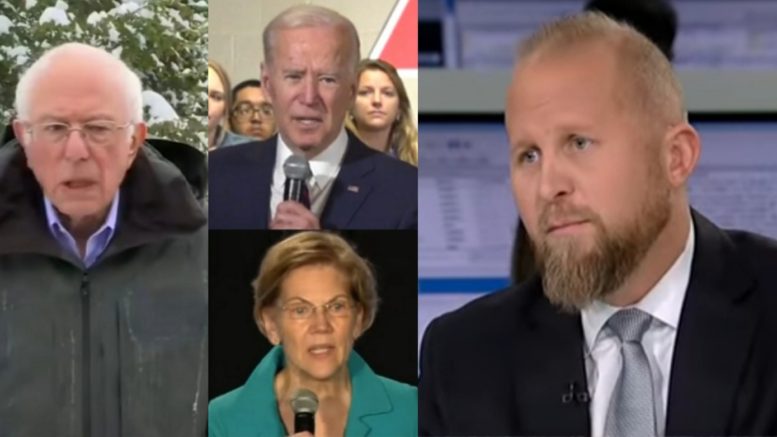 Trump 2020 campaign manager Brad Parscale apparently is locked, loaded and prepared to take on any contender from the Democratic party in the 2020 election.

During his interview with Bill Hemmer of Fox News that aired on Monday, Parscale indicated various ways in which the Trump campaign has ramped up efforts to help make President Trump’s re-election bid as strong as possible.

Parscale said that he isn’t concerned about any particular Democrat candidate, but his main worry is “what we need to build on our side.”

“Regardless of who shows up on the other side, we’re gonna have a campaign this time that’s ready in every single aspect to take on whatever fight we need to,” Parscale declared.

“Once the President sets his, you know, target on them, they gotta be ready because this President is a fighter, and he’s gonna win this election,” Parscale concluded. Full Video Of Interview At Bottom

WATCH: (Full Interview At The End Of This Article)

Regardless of which Democrat is the nominee, the Trump campaign is ready “in every single aspect to take on any fight we need to,” says campaign manager @Parscale. #KeepAmericaGreat pic.twitter.com/EZglcX722J

Related Article: Brad Parscale Comes Forward With A Piece Of Advice For The Media: ‘Work On Not Sucking’