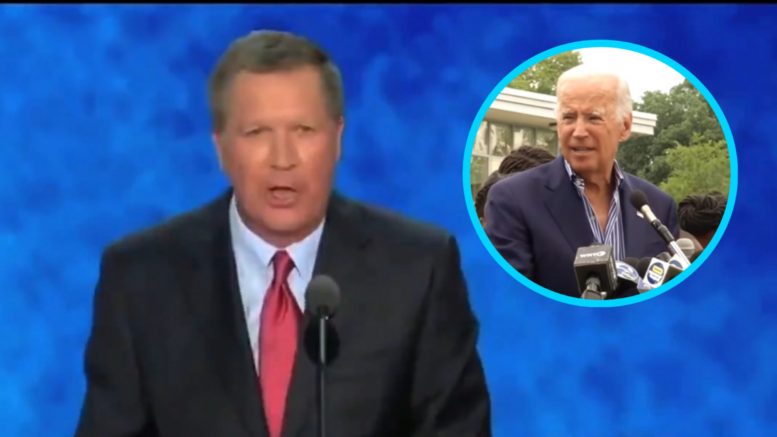 Former Ohio governor John Kasich is set to make his first ever appearance at the Democratic National Convention on Monday to make the case for presumptive nominee Joe Biden.

The odd decision by the former Republican nominee to speak at a major Democratic spectacle comes after not being able to shake his scorn towards President Trump after getting thoroughly beaten by him four years ago in the Republican primaries.

And while it’s expected that Kasich won’t have very nice things to say about the Trump Administration on Monday, it appears that he also doesn’t think very highly of Joe Biden — at least according to his speech given at the Republican National Convention in 2012.

In a video clip that went viral over the weekend, Kasich is seen and heard implying that then-Vice President Joe Biden is liar.

“Joe Biden told me that he was a good golfer, and I played golf with Joe Biden. I can tell you that’s not true as well as everything else that he says,” Kasich told the RNC crowd.

In response to the video, actor James Woods simply tweeted, “You two deserve each other.” Video Below

You two deserve each other… pic.twitter.com/feofOeKxrA