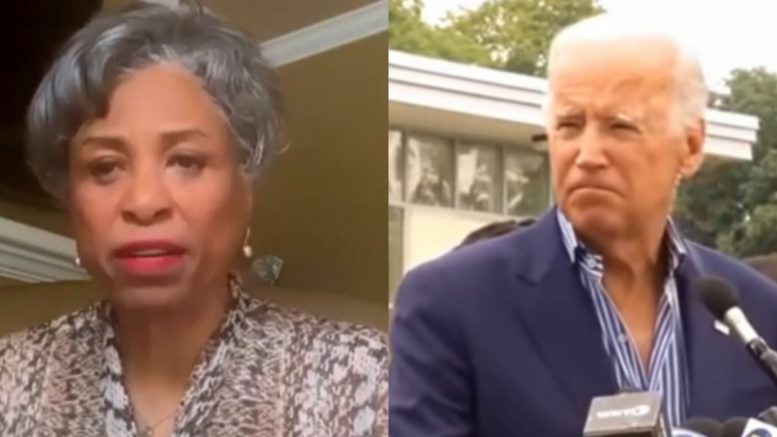 Presumptive Democratic presidential nominee Joe Biden has been met with backlash on both sides of the aisle over his ‘You ain’t black’ remarks, most recently from Democrat Congresswoman and Biden campaign surrogate Brenda Lawrence.

Biden ignited a virtual firestorm after he claimed during a live-stream with radio show host Charlamagne Tha God from “The Breakfast Club”, that if you support President Trump “then you ain’t black.” He eventually walked back the statement.

During the interview, Charlamagne said, “Listen, you’ve got to come see us when you come to New York, V.P. Biden. It’s a long way until November. We’ve got more questions.”

Biden replied, “You’ve got more questions? Well I tell you what, if you have a problem figuring out whether you’re for me or Trump, then you ain’t black.”

While pressed on Biden’s remarks during an appearance on MSNBC, Lawrence initially condemned anyone who ever tells an African American if they are black or not.

“You know, I want to be very clear, no one has the right — especially a white man — to tell an African American if they’re black or not,” Lawrence said. “Let’s be very clear about that.” Video Below

Biden’s sparked outrage across America’s black community as many have posted selfie videos and written statements in defiance of the former Vice President. Continued Below

I’ve been Black for over 30 years.

I was Black when I served my country in Iraq as an Army soldier.

And I’ll be Black when I vote for @realDonaldTrump in November.

Shame on you #JoeBiden pic.twitter.com/P1OXQJ94Lt

In ending, here is a compilation of some of the boldest responses:

Black Americans have a message for Joe Biden.

There is no recovering from this one, Joe.#JoeBidenIsARacist

Ted Cruz On Sleeping During Biden’s ‘Boring’ Speech: “I’m Amazed I Stayed Awake As Long As I Did”