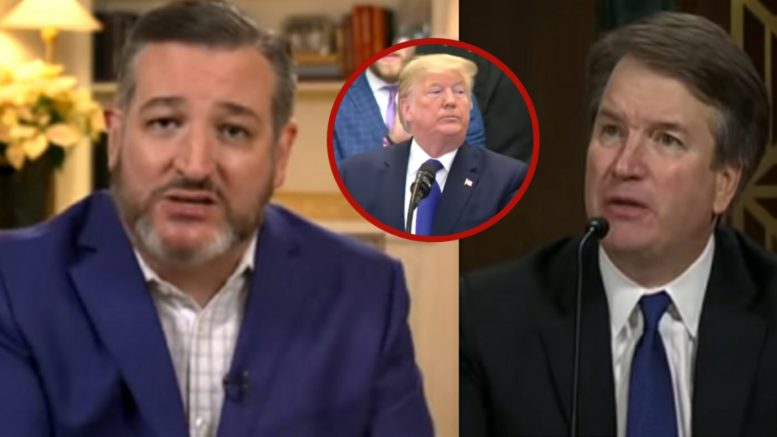 While interviewing with Martha MacCallum on Friday, Senator Ted Cruz (R-TX) warned viewers that Democrats are about to unleash tactics during the upcoming Senate impeachment trial that were used when Justice Brett Kavanaugh was being confirmed to the Supreme Court.

The suggestion from Cruz came while reacting to a video of Rudy Giuliani’s associate Lev Parnas explaining why he thinks it’s so important that witnesses testify during the Senate trial. Parnas has been making a wide-range of accusations directed at President Trump and members of his Administration, while Trump denies knowing him.

“I think this is a game. It’s been a partisan game from the Democrats from the beginning,” Cruz said.

“They’ve had dozens and dozens of witnesses in the House — one after the other,” he continued. “They wouldn’t have any defense witnesses. They didn’t want to call in Hunter Biden. They didn’t want to hear the evidence of corruption on Joe Biden’s part. But they’ve put on a kangaroo court from the beginning.”

As far as Lev Parnas is concerned, Cruz said, “What we’re seeing and, I think, what we’re gonna be seeing over the next couple of weeks is a replay of what happened with Brett Kavanaugh, which is that Democrats are going to leak things one day after the other after the other.”

“This is gonna happen next week,” he proclaimed. “Every day or two, there’s gonna be something new leaked. And you’re gonna see, whether it’s this Lev fellow or someone else, going on Rachel Maddow. And I promise whatever they leak, they’re gonna say ‘This is the smoking gun! This finally does it!'” Video Below

Related Article: Lou Dobbs On Democrats Trying To ‘Bring Down’ Trump: “They Are Venal, Little Lilliputians Working At His Heels”

“This is not driven by the facts,” he then declared. “And if you look at the articles of impeachment they voted out, this is the first time in history any President has ever been impeached without even an allegation in the articles of criminal conduct.” Video Below