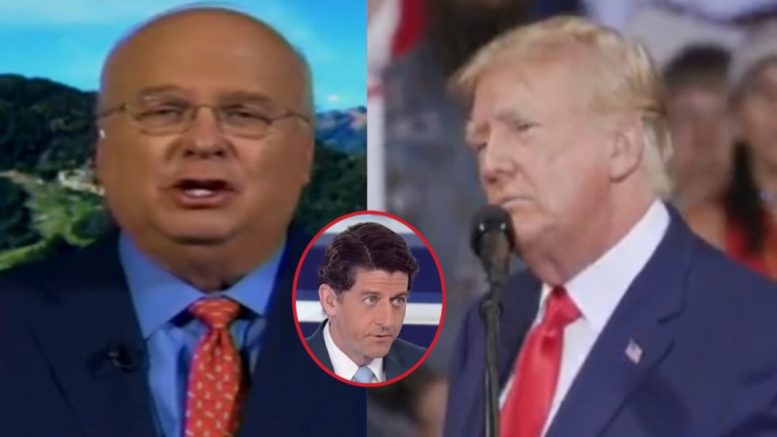 45th President Donald J. Trump issued a pair of “Truth” bombs on Sunday from his Truth Social account, unloading on Fox News for “pushing the Democrats”, their “agenda”, and bringing on “RINO” Karl Rove  “all the time” who he called “unwatchable” and “very negative”.

“Wow! Fox News is really pushing the Democrats and the Democrat agenda. Gets worse every single day. So many Dems interviewed with only softball questions, then Republican counterparts get creamed,” Trump wrote on his social media platform.

“RINO Karl Rove is unwatchable, very negative, and on all the time – Has a big record of losing! Not an easy place to be as a Republican, especially with all of the ‘pervert’ purchased ads,” President Trump said, likely referring to the anti-Trump Lincoln Project, who came under intense scrutiny after a series of reports indicated that its leaders knew about sexual harassment allegations against co-founder John Weaver as early as June 2020, despite their denials.

“If ‘low ratings’ CNN ever went Conservative, they would be an absolute gold mine, and I would help them to do so! President Trump then wrote amid CNN canning longtime employees.

“Karl Rove is the new Chris Stirewalt of the Paul Ryan run Fox News!” he also said following Rove’s claims he made over the FBI Mar-a-Lago raid.

Karl Rove, who served as a senior adviser to former President George W. Bush, alleged last week that Trump did not have the authority to take presidential documents with him to his Mar-a-Lago residence when he ended his term.

Rove: Let’s be clear on this. None of these documents are his pic.twitter.com/g5N3Y99RGd

Related: Donald Trump: FBI ‘Even did a Deep & Ugly Search of the Room of my 16-year-old son’, Barron Trump