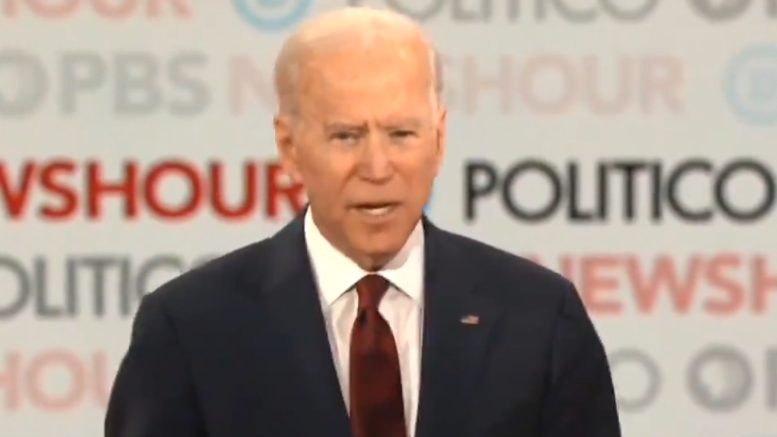 Biden made the remarks while being questioned by Politico’s Tim Alberta.

“Three consecutive American presidents have enjoyed stints of explosive economic growth due to a boom in oil and natural gas production. As president, would you be willing to sacrifice some of that growth, even knowing potentially that it could displace thousands, maybe hundreds of thousands of blue-collar workers in the interest of transitioning to that greener economy?” Alberta asked Biden.

“We should, in fact, be making sure right now that every new building built is energy contained, that it doesn’t leak energy, that in fact, we should be providing tax credits for people to be able to make their homes turn to solar power,” Biden said as per Real Clear Politics.

“We’re now on the verge of having batteries that are about the size of the top of this podium that you can store energy when in fact the wind isn’t blowing and the sun isn’t shining. We have enormous opportunities,” he declared. Video Below

White House Director of Social Media Dan Scavino trolled the Democrat debate and targeted Biden with a video meme, which showed one of the mediators revealing many of the economic successes under President Trump and Biden’s reaction to it.

We leave you with Scavino’s meme: