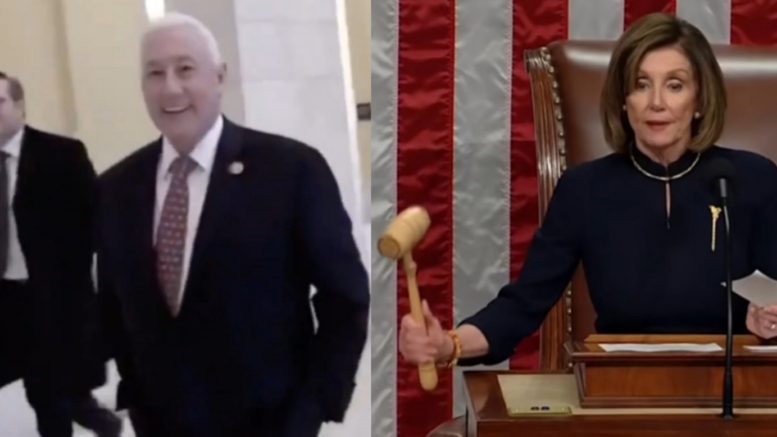 Congressman Greg Pence (R-IN) didn’t sugar-coat what he thought about the pair of impeachment votes that took place on Wednesday when pressed by a reporter.

Pence, who is also the older brother of Vice President Mike Pence, voiced his opinion to a TMZ reporter who tracked him down at some point after the House voted in favor of two articles of impeachment against President Trump.

Related Article: Mitch McConnell: ‘House Democrats May Be Too Afraid To Even Transmit Their Work Product To The Senate’

The reporter asked Pence: “So this impeachment vote that took place, what did you think about it while you were taking it?”

“Bullshit to the fourth degree,” Pence replied. “How’s that?”

Before voting against articles of impeachment on Wednesday, Rep. Pence tweeted his “firm” support behind President Trump and lashed out at “Democrats and their allies in the fake news media” for wrongfully trying to undo the 2016 election since the moment President Trump took office.

We leave you with those tweets:

Democrats & their allies in the fake news media have been trying to impeach @realDonaldTrump since the day he took office.

The only thing Democrats have accomplished is ignoring the will of the People. I stand firmly behind President @realDonaldTrump, confident Americans will see through this sham impeachment. God bless President Trump, the great state of Indiana, & the United States of America.