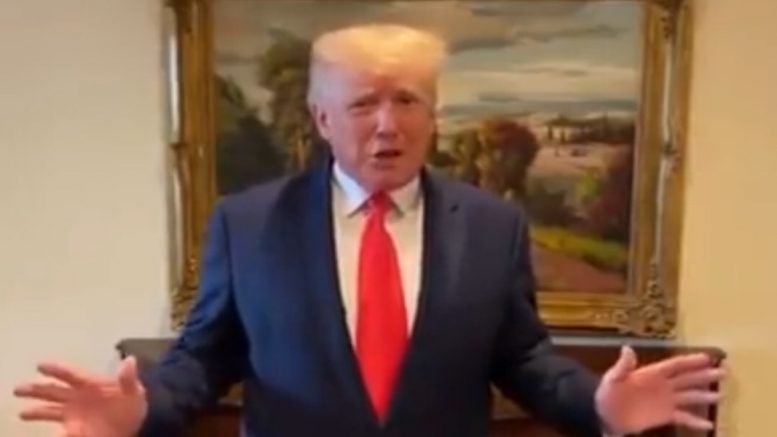 The 45th President said that Republicans will take back the Senate, the House, and the White House “sooner than you think” in a video message.

Former President Donald Trump’s message was posted on the National Republican Senatorial Committee YouTube channel on Friday, though it is unclear when Trump recorded the message.

The video was sent by the National Republican Senatorial Committee to donors on Saturday, in a text message, saying, “Trump has recorded a message for YOU!” A link in the text message leads to a WinRed page with the video and a donation box telling donors to “help WIN back the Senate and SAVE our Nation!” Forbes noted.

“The love and the affection and the respect that you’ve given all of us, it’s really important. The Republican Party is stronger than it’s ever been, and it’s going to be a lot stronger than it is right now,” he predicted.

President Trump is slated to speak at a North Carolina GOP convention on Saturday evening at 7:00 PM ET at the Greenville Convention Center after a 5:30 p.m. dinner. It is a ticketed event for about 1,250 people and is sold out.

His remarks will be carried live on C-SPAN, Newsmax, OAN, and RSBN.

“A great honor to be speaking at the North Carolina GOP convention tomorrow night. I understand the place will be packed, all records broken!” Trump said in a statement Friday.