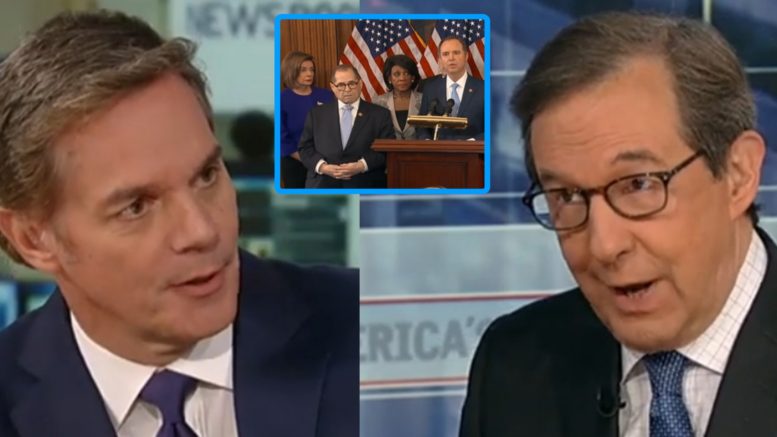 While joining Bill Hemmer for an interview, Fox News host Chris Wallace weighed in on whether the act of impeachment is becoming “watered down”.

Hemmer brought up the topic after Wallace suggested that Trump’s impeachment falls more in line with “political-divisive” impeachments in American history and less like the Nixon impeachment where there was “clear abuse of office.”

“Two times in twenty-one years, you wonder if the act itself is becoming watered down,” Hemmer said.

Wallace replied: “I think it’s a very good question and there was a very interesting chart today in terms — not of actual impeachment, but just filing articles of impeachment.”

“I think it happened four times in the first two hundred years of the country, and now it has happened almost with every president,” he added.

Related Article: Mark Levin: “The Next Democrat President Of The United States Must Be Impeached”

“Yea, I think it has become way too regularized, way too kind of routine. And it shouldn’t be,” he declared. Video Below

Sidney Powell Addresses ‘Threats’ Being Made Against Her: “These Attacks Only Strengthen My Resolve”