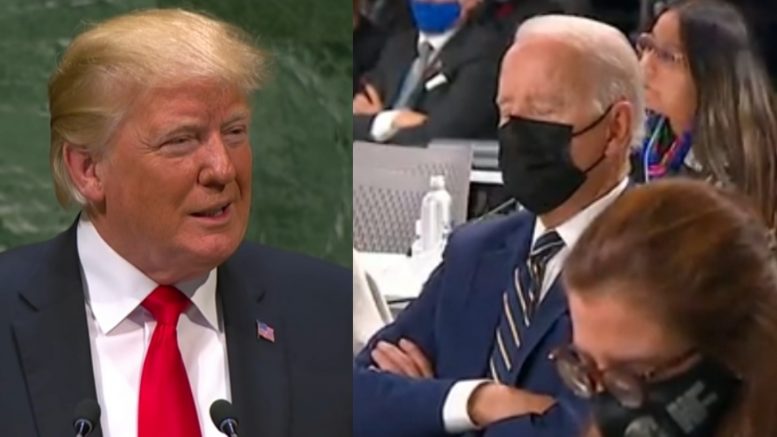 The situation was caught on camera and inmediately went viral on social media.

45: Biden went to Europe saying Global Warming is his biggest priority, and he then promptly fell asleep, for all of the world to see… pic.twitter.com/KPMbezSqVk

In response, Trump blasted out the following statement to his supporters via email:

Even Biden couldn’t stand hearing so much about the Global Warming Hoax, the 7th biggest Hoax in America, followed closely behind by the 2020 Presidential Election Scam, Russia, Russia, Russia, Ukraine, Ukraine, Ukraine, Impeachment Hoax #1, Impeachment Hoax #2 and, of course, the “No Collusion” finding of the Mueller Report. Biden went to Europe saying Global Warming is his highest priority, and then promptly fell asleep, for all the world to see, at the Conference itself. Nobody that has true enthusiasm and belief in a subject will ever fall asleep!

Biden’s viral snooze had such bad optics, that left-leaning source MSNBC called the entire situation “embarrassing,” as seen in the following clip: