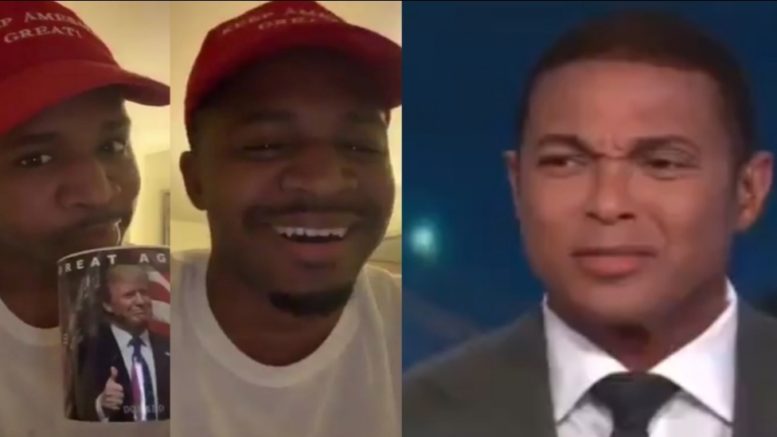 Earlier in the week, Trump War Room posted a video meme on Twitter that clearly got under the skin of CNN’s Don Lemon.

The meme features President Trump’s face overlayed on Thanos, a fictional character from the “Avengers” movies. The Trump/Thanos character is seen “snapping” the Democrats, who announced articles of impeachment against him, into oblivion.

After displaying the video meme on his show, Lemon dramatically voiced his disgust while looking straight in the camera and said, “Are we in junior high school? What is this? What the hell?”

“I can’t believe that I’m even having to report this on the news,” he added. “This is crazy. This is literally crazy. Are you people insane? Go ahead, troll the Democrats on Twitter. Do this stupid, silly you know what. Play this stupid, juvenile meme game. History won’t record this meme stupid crap.”

Conservative comedian Terrence Williams uploaded Lemon’s reaction and blasted the CNN journalist for being triggered by a meme of all things.

“You need to grow a pair, seriously,” Terrence said in his reaction. “Crying over a meme? This might not be politically correct, but you a punk.” Video Below

“You so weak. Why are you crying over a meme?” he continued. “You need to really grow a pair. Did you cut ’em off?”