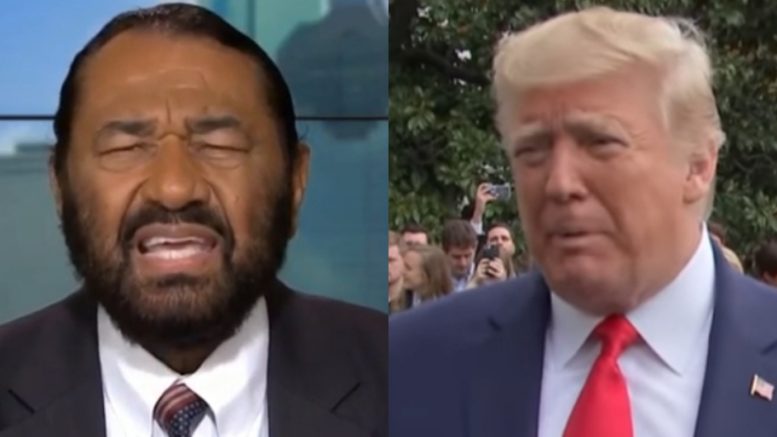 Democrat Congressman Al Green believes the pending impeachment of President Trump should include a component “to deal with slavery.”

Green made supporting remarks while appearing for an interview on MSNBC.

“I believe that the American people understand that this is something that we must do at this point,” Green said. “I think that we’re moving forward in a very cautious and prudent wayn which is expected.”

“But I also think that if we don’t include some of the things that are important to people of color, then I believe our business won’t be finished,” he added.

“Slavery was the thing that put all of whst President Trump has done lately into motion,” he continued. “The President has played on racism and he’s used that as a weapon to galvanize a base of support to mobilize people.”

“We can not overlook what happened when he came down the escalator and just demeaned people of color when he talked about the s-hole countries. He has found a way to use ugly words to his benefit and to the detriment of the peoppe who are the object of his words,” Green proclaimed. Video Below