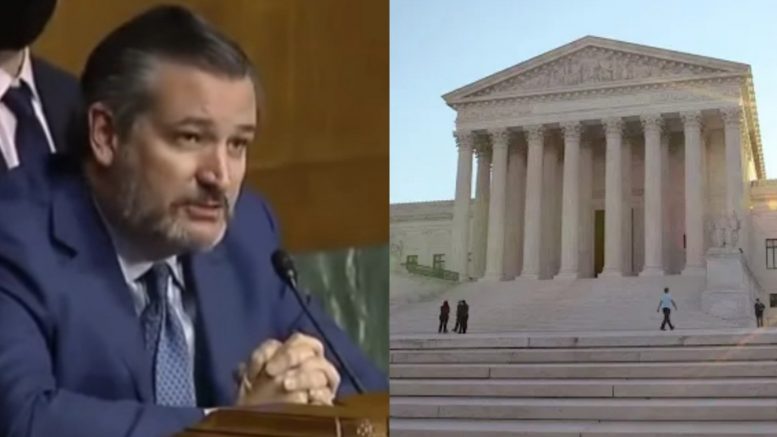 According to Pittsburgh Post-Gazette:

“We’ve asked the [court] to pause the process in Pennsylvania, just like we asked the courts below to do,” Mr. Teufel said.

“Today, an emergency appeal was filed in the U.S. Supreme Court challenging the election results in Pennsylvania. This appeal raises serious legal issues, and I believe the Court should hear the case on an expedited basis.

“This appeal argues that Pennsylvania cannot change the rules in the middle of the game. If Pennsylvania wants to change how voting occurs, the state must follow the law to do so.

“The illegality was compounded by a partisan Democrat Supreme Court in Pennsylvania, which has issued multiple decisions that reflect their political and ideological biases. Just over a month ago, Justice Alito, along with Justice Thomas and Justice Gorsuch, wrote-correctly, I believe-concerning the Pennsylvania court’s previous decision to count ballots received after Election Day, that ‘there is a strong likelihood that the State Supreme Court decision violates the Federal Constitution.’

“In the current appeal, the Pennsylvania Supreme Court dismissed the claim based on a legal doctrine called ‘laches,’ which essentially means the plaintiffs waited too long to bring the challenge. But, the plaintiffs reasonably argue that the Pennsylvania Supreme Court has not applied that doctrine consistently and so they cannot selectively enforce it now.

“Ordinarily, the U.S. Supreme Court would stay out of election disputes, especially concerning state law. But these are not ordinary times.

“As of today, according to Reuters/Ipsos polling, 39 percent of Americans believe that ‘the election was rigged.’ That is not healthy for our democracy. The bitter division and acrimony we see across the nation needs resolution. And I believe the U.S. Supreme Court has a responsibility to the American people to ensure that we are following the law and following the Constitution. Hearing this case-now, on an emergency expedited basis-would be an important step in helping rebuild confidence in the integrity of our democratic system.”

AZ Expert Witness On Gov. Ducey Certifying The Results: “I’d Rather Resign Than Have Certified Those Results”