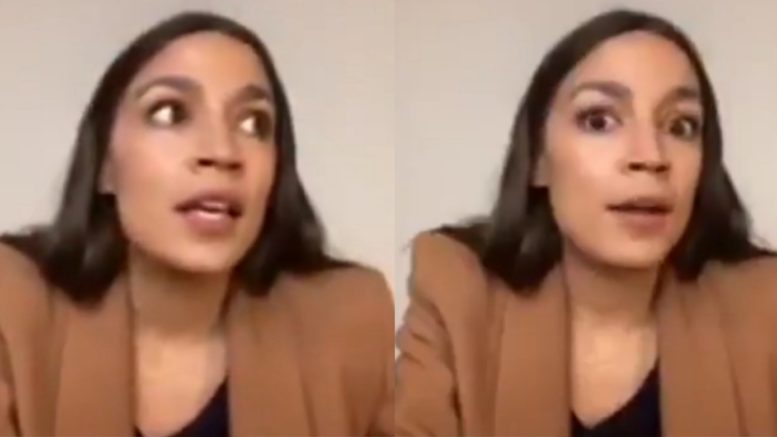 In a newly circulated video Alexandria Ocasio-Cortez blamed President Trump and Republican’s initial reaction for why the coronavirus outbreak has become as deadly as it has in America.

Cortez told her audience that if “President Trump took this seriously, if Republicans took it seriously” it would’ve “saved lives.”

AOC stated in her video: “Someone said, ‘Do you think if we took precautions earlier than we did, our numbers would be lower than they are now?’ Yes. I think that if Trump took this seriously, if Republicans took it seriously, um , I think that if we decided to listen to scientists early and more than people who care more about profit than lives, we would have taken precautions much earlier and we would’ve saved lives.”

“We either would have gone into lockdown earlier in some circumstances or we would have been producing these damn ventilators way earlier than we are now,” she continued. “We would’ve invoked the Defense Production Act.”

“But because Trump didn’t do that early enough, now we’re scrambling,” Ocasio-Cortez declared. “And everything that is happening is happening late. And every decision that we make late, means that people are dying unnecessarily.”

Everything she says in this video is either misleading or an outright lie pic.twitter.com/csX7ybFaON

Ironically, just two weeks after Dr. Deborah Birx determined the coronavirus had been “substantially circulating within the population of New York City”, Ocasio-Cortez was preaching to Americans to go out and dine at Asian restaurants or else they are “racist.”

We leave you with that argument from Daily Wire’s Ryan Saavreda:

Crenshaw Counters AOC After She Tells Him To ‘Do Something’ About Terrorist Killings: ‘I Did Defend 9/11 Victims’