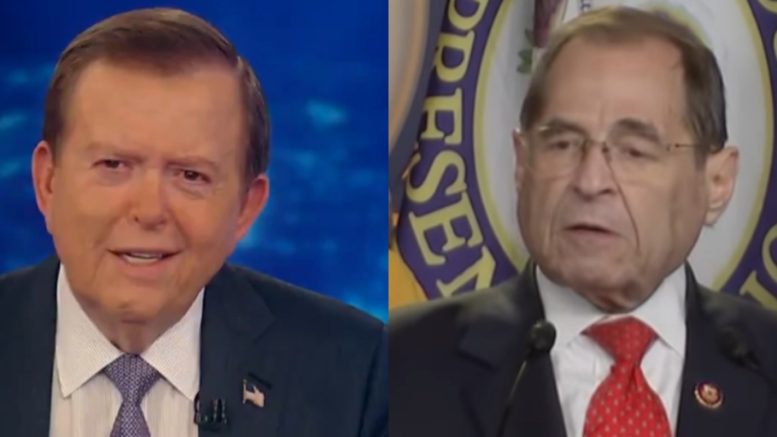 Nadler recently sent a letter to President Trump and his counsel, inviting them to the formal impeachment hearing, but reminding them that their participation is a “privilege” that can be taken away at any time.

“I write to ask if … you and your counsel plan to attend the hearing or make a request to question the witness panel,” Nadler wrote in his letter and requested that President Trump responds by 6 p.m. on Dec. 1, adding, “By that time, I ask that you indicate who act as your counsel for these proceedings.”

Nadler warned, however, “I remain committed to a fair and informative process. To that end, I remind you that participate by the President or his counsel as described by the Committee in past inquiries as “not a right but privilege or a courtesy which is being extended to the President’s counsel.”

Lou Dobbs lashed out at Nadler and questioned his actions after “taking the baton from the absurdist radical dems” on the impeachment inquiry. Video Below

“Who the hell does he think he is issuing an invitation to the President of the United States and his counsel?”

“This is a perceived farce by the American public already,” he added. What is the point of such ridiculous behavior on his part?”

Dewey summed up his response by saying, “It seems to me, it’s almost lipstick on a pig.” Video Below