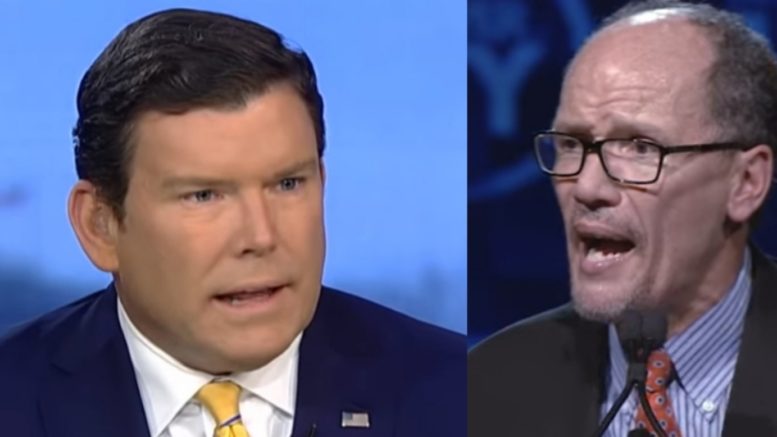 Just days ago, the DNC announced that they will be blocking Fox News from holding a debate for the Democrat primaries.

DNC chair Tom Perez cited a report by the New Yorker that claims Fox and President Trump had an “inappropriate relationship,” which he says led him to conclude “that the network is not in a position to host a fair and neutral debate for our candidates.”

It was a risky move by Democrats, as Fox has among the most viewers among any other American news network. Bret Baier, who often is a debate moderator for Fox News, took a moment to vent his thoughts on the DNC’s decision.

Baier said he is “disappointed” by the DNC’s decision and he hopes they will reconsider. He claims that Fox has “a track record of being tough but fair” with all parties and said that even Bernie Sanders and Hillary Clinton can vouch for that as he helped moderate one of their debates during the 2016 primaries.

Related Article: Lindsey Graham Discusses What Led To His Change Of Heart Towards The President: ‘He’s Exceeded Every Expectation That I Had’

Baier then focused on the fact that Fox has a full-fledged news network that is separate from the opinion side and is often overlooked. He said, “The loudest critics of Fox are often those who don’t watch.” He added, “There is a bit of Fox Derangement Syndrome with a section of the left.” Video Below

Baier continued, “There are a lot of candidates and a lot of people in the Democratic Party who realize the power of the viewership and the power of the fairness of the news operation. But, often they are drowned out by the loud voices on the left side of the party.”

Then when discussing the fairness on the opinion side of Fox, Baier said, “Let’s not sugar-coat it, the opinion folks–a lot of them are very Pro-Trump, the have many communications. I don’t know how, when they talk, what they talk about. I’m disconnected from that.” He said he and his colleagues have “horse blinders” on while focusing on the news side to help create fairness.

Baier stressed once again his disappointment in the DNC’s decision, but also said he is not surprised. He stated, “I feel like the New Yorker is just a fig leaf. It’s basically what they wanted to have happen and just got them there.” Video Below